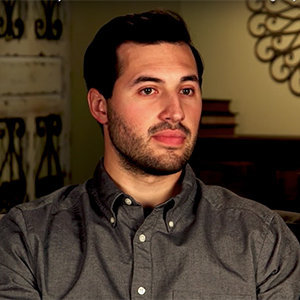 Jeremy Vuolo is well-known as a former soccer player of North American Soccer League and Major League Soccer. But Jeremy hung up his boots to begin a life as a pastor and a father to a beautiful daughter. Vuolo’s prominence further rose after his relationship with The Duggar Family’s 6th oldest child Jinger Duggar began.

Jeremy took to life as a minister to wash away sins he claimed were beginning to explode inside of him. And as of now, Jeremy works as a full-time preacher and a pastor at Grace Community Church in Laredo, Texas.

Girlfriend or Married With Wife?

Jeremy’s love life is no secret as he is married to Jinger Duggar. Their wedding nuptials was televised on the show  Counting On Jinger’s Wedding. The pair got married on the 5th of November 2016 at Cathedral of the Ozarks at John Brown University in Arkansas in attendance of 1000 guests.

Though Jeremy and his spouse are relishing strong relationship, they didn't have a love at first sight.

Jeremy met Jinger through his brother-in-law Ben Seewald. He was invited to Arkansas to met the Seewald and the Duggar family. Neither Jeremy nor Jinger had any clue that the pair would end up getting married.

After more than a month, they both realized that there was a spark waiting to turn into a fire. And thus, he began a relationship that would see them exchange vows with one another.

After two years of their marriage, he and his lady love Jinger announced that they were expecting a baby. Jeremy shares a picture of his wife and daughter. (Photo: Jeremy's Instagram)

On 19 July 2018, Jinger gave birth to their first daughter Felicity Nicole Vuolo. At the moment, Jeremy's wife, Jinger, has already celebrated her first Mother's Day with a baby daughter.

Jeremy Vuolo is mostly known for his stint as a soccer player. He first began playing with Finnish First Division club AC Oulu. From there, in 2012, he signed with the Major League Soccer side New York Red Bulls. After about a year, he was declined for an option for a second season with the club. And from there he went on a trail with HJK Helsinki in 2013 and was likely offered a chance to join the team.

You Might Enjoy: Evan Peters Wife, Net Worth, Family

However, in March 2013, Jeremy announced that he would be hanging his boots to pursue a job as a full-time minister. Following his departure from soccer, he studied for a few years at Grace Community Church. Later, on March 5th, 2016, he was ordained as the pastor for the same church.

So when it comes to net worth, the exact numbers have not been disclosed but reports as per EarnTheNecklace claim his net worth to be somewhere around $400,000 as a result of his matches, his past endorsements and his current stint as a pastor.

Jeremy Vuolo was born on the 5th of September 1987 in Downingtown, the USA to parents Charles and Diana Vuolo. He is the third child to his parents, and his siblings consist of his older brother Charles Vuolo Jr and older sister Valerie Vuolo.

Likewise, Jeremy is of white ethnicity and stands a height of 6’3”. As for his education, he was homeschooled up until 11th grade. After which he attended Hartwick University in 2006 and later in 2009 transferred to  Syracuse University for his senior year.