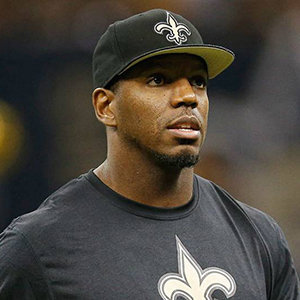 Jonathan Vilma is a former linebacker, who had a breakthrough in his career through New York Jets and New Orleans Saints. With the prolific career skills, he made his way through the NFL and acquired the successes including BCS National Championship, three-time Pro Bowl selection, and Super Bowl Championship as well.

Jonathan, who got suspended for his role in the New Orleans bounty scandal in 2012, now involves his career in media and networking as an analyst on ESPN and ABC.

The Coral Gables native has an estimated net worth of $11 million which he accumulated from his professional career as a football player. With the prolific career as a linebacker, he won the BCS National Championship at Miami in 2001. After being drafted as #12 by the New York Jets in the 2004 NFL Draft, he played three seasons for New York' from 2004 to 2007.

Besides his career in football, he moved to the media and networking field and served as a pre-game and halftime analyst for NBC and NBCSN’s coverage of Notre Dame Football. In July 2016, he joined ESPN as a college football commentator. Two years later, in July 2018, Jonathan moved to ABC’s college football studio show replacing Booger McFarland.

Apart from professional life, Jonathan's waterfront Miami home hit the market value of $18.5 million in 2017. The mansion has the area of 8,000-square-foot and includes 12-foot ceilings, an elevator, a chef’s kitchen, and a home movie theater. Later, in February 2018, Jonathan sold his estate to the head of a for-profit medical college for $14.38 million.

A father of a daughter, Jonathan Vilma, age 37, leads married life; however, he has managed to conceal the information about his romantic relationship with his spouse.

However, Jonathan did mention about his wife in a tweet on 1 November 2012 asserting her as Ms. Football Vilma. His Twitter post is proof that he was already married in the year 2012.

Apart from his anonymous spouse, Jonathan is a father of his daughter, Samaara with whom he spends most of his quality time. Jonathan portrays his love dimensions on social media, maintaining the picture-perfect relationship. Jonathan Vilma with his daughter in 2013 (Photo: New Orlean's Facebook)

However, the identity of Samaara's biological mother remains behind the bushes.

As of today, it is uncertain if Jonathan is still a married guy. However, it is the known fact that he is residing with his daughter, Samaara.

Jonathan Vilma was born in Coral Gables, Florida, the United States, in 1982 and he celebrates his birthday on 16 April. He belongs to Afro-American ethnicity and holds an American nationality. Jonathan stands at a decent height of 6 feet and 1 inch (1.85 meters) and weighs 230 lbs in weight. He pursued his education from Coral Gables High School and also received the athletic scholarship from the University of Miami.

Jonathan has his Haitian parents; Fritz Vilma and Nelly Banatte in the family.