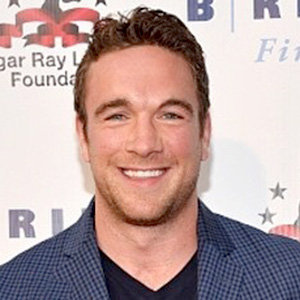 Some people think that boxing is the toughest and loneliest game in the world. However, American boxer Mike Lee has proved it wrong as neither it is tough for him nor he is alone. Mike has an enthralling professional and personal life with the presence of his soulmate.

Mike Lee is dating Anna Nassery, a brand strategist. Mike's girlfriend, Anna has been flaunting pictures with her beau on social media since early 2017.

Anna uploaded the picture of her with Mike for the first time on Instagram on New Year of 2017. Later, on 14 April 2017, his girlfriend Instagrammed a photo of Mike holding her on his arm and wrote in a caption that she finally found a guy who forcibly sweeps her off her feet. Mike and his girlfriend have good memories of 2017 as they cherished every moment together.

On 18 January 2018, Anna shared a beautiful picture with Mike and thanked him in the caption. She explained that she is thankful for him each and every day.

Recently, on 27 June 2018, Mike and his sweetheart, Anna captured a cozy shot together. Anna took no any time to upload it on her Instagram and mentioned him as her man. Mike is often seen spending quality time with his girlfriend, Anna. As per the Notre Dame Magazine, Mike's most of the relaxation time includes visiting his family members and his girlfriend. Meanwhile, he also spoke with Invisible Pain Magazine in November 2017 where he gushed that his little sister, mother, and girlfriend have always been there for him.

As of now, Mike is in a blissful relationship with Anna. However, the couple is not married yet. Though Mike cherishes his moment with Anna, he yet has not cascaded about his plans of making her his future wife.

How Does Mike Lee Gather Net Worth?

Mike Lee has gathered the prominent part of his net worth from his career in boxing. As per the bloodyelbow.com, Mike made $5,000 from the Showtime Championship Boxing in 2011 where he defeated Pablo Gomez.

He started his career in boxing professionally in February 2010. Mike won his first professional debut in a four round single decision over Emmett Woods on 29 May 2010 at the UIC Pavilion in Chicago. Later, he earned national fame after he endorsed contract with Subway, which resulted in his debut in a 2013 Super Bowl television advertisement.

As of now, Mike is the current IBF-USBA Light Heavyweight champion.

Mike Lee was born as Michael Gene Lee on 17 June 1987 in Wheaton, Illinois. He completed his graduation from Benet Academy in Lisle, Illinois in 2005. Later, he went to the University of Missouri where he spent freshman year and then shifted to the University of Notre Dame in 2006. He completed his graduation from there with a degree of finance in 2009. Mike, who stands at the height of 1.83 meters (6'), belongs to American nationality.

Here are some of the facts that you might not know about Mike: