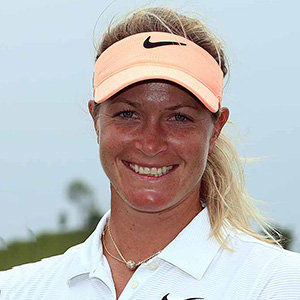 Some people take golf not only as a sport but as a way of life. Suzann Pettersen is one of them, whose enthusiasm to toward golf, able to aid her to grab the 57th position in the list of Rolex ranking.

Suzann Pettersen has the net worth of $10 Million. She derived the wealth from her career as a professional golfer. As per bizfluent.com, professional women golfers playing on the LPGA Tour make average annual earnings of $218,495.

Suzann also has summoned her wealth of around $14,831,968 from entire her career in golf. Alongside golf career, she also generated the revenue signing a multi-year agreement with Nike Golf to represent Nike in clubs, balls, footwear, glove, and bag.

She is ranked at the 57th number in the list of Rolex ranking.

Suzann Pettersen shared the wedding vows with her fiancé, Christian Ringvold in January 2017 in their hometown, Oslo, Norway. On 7 January 2017, fellow Norwegian Marianne Skarpnord‏ wished the newlywed couple and gave a congratulation.

Suzann announced their wedding on 9 January 2017 via Twitter. On the tweet she posted a photo with husband, Christian, sealing a romantic kiss together. Further on 18 January 2017, she shared her throwback photo of the wedding ceremony and wrote, "a memory" in the caption. Suzann and her now-husband are already expecting their first child. In March 2018, Suzann and her husband announced that they would have a baby child very soon. Also, on 18 March 2018, Golf Channel also tweeted mentioning Suzann that she is pregnant with a baby.

Suzann Pettersen grew up along with her parents, Mona and Axel Pettersen in Oslo. She often keeps flaunting photos of her parents on social media. On 29 July 2015, Suzann went on an outing with her dad and mom. She shared a picture of her with parents on Twitter and said that she was glad to spend time with them. Suzann Pettersen poses with her father and mother on 29 July 2015 (Photo: Twitter)

Alongside mom and dad, Suzann also mentioned of having a family in Thailand with whom she shares a strong bond with them.

Suzann Pettersen was born on 7 April 1981 in Oslo, Norway. Her nickname is Tutta. Suzann, who stands at the height of the height of 5' 8" (1.73 meters), holds Norwegian nationality and belongs to white ethnicity.