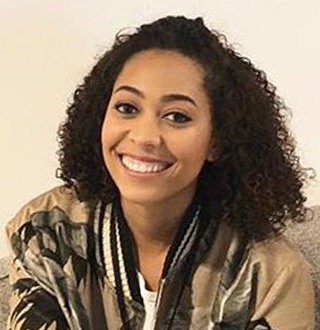 The athletic genes run in every member of the Curry family from parents to each of the children in the family. One of the athletes from the family is Sydel Curry.

Sydel is an American volleyball player. Apart from her identity as a volleyball player, she is known as the daughter of former NBA sharpshooter Dell Curry. Her brother, Stephen Curry is an NBA legend. The love for sports has extended to her personal life as well as she added yet another basketball player in the family.

Sydel added one more athlete to the family by sharing her forever vows with Damion Lee, who is an NBA champion.

Damion got engaged in November 2017 and got married to his fiancee after a year on 1st September 2018. The wedding took place in North Carolina in front of their close friends and family.

The groom’s vows included that they met in the perfect time when both of them needed someone in their life. Damion said that he would never forget the day with tears running down his face when Sydel walked down the aisle, knowing that they will be together for the rest of their life from that moment. Sydel posted a picture with her better half after a month of their wedding (Photo: Instagram)

The bride wore a stunning mermaid shaped wedding gown and the groom complimented with his black and white tuxedo. Sydel's ceremony was followed by a reception at Charlotte Marriott City Center. Pictures from the wedding looked like it was full of fun and were shared through Instagram with #HappiLeeEverAfter.

From the day they met, it took Damion six months to ask her out as his girlfriend officially. Sydel says he was the most different guy she has ever met in a good way. From their first date, she knew he was the perfect man she is looking for, gentle and caring.

How Much Is Sydel's Net Worth? What's Her Plan After Retirement?

The young Sydel, 24, has summoned her net worth as a volleyball player until her retirement from the court in 2017. She played for Elon University’s indoor volleyball team.

After leaving the court, she has taken up a new job and come up with multiple business ideas. She has been helping the Curry family empire to flourish. Now she has started a brand on her own “A Curry Girl” in partnership with Neiman Marcus. She started the company with a lifestyle website. She started the company to spread awareness on mental health. She had anxiety issues and took the help of a counselor since her high school days, so now she wants to be the same for others and help them through their mental health.

She and her sister-in-law Ayesha is soon launching a wine brand, Domaine Wine. The inspiration behind the brand is the family’s love for wine. The project would explain the bond between these two ladies and represent women of the family.

The business she is taking up at her young age would help her summon a handful of rich in a few years.

The former player was born in 1994 and marks her birthday on 20th October, as per wiki. She was born in North Carolina in an athletic family. The height of 1.75 meters (5 feet and 9 inches) perfectly complimented her career.

She attended Elon University and played for its indoor volleyball team.