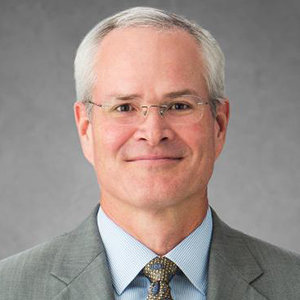 “People who work for me know that I talk most about challenging the paradigm.”

Saying the above quotes, in an interview with Forbes Magazine with Christopher Helman on 27 Feb 2017, Darren wood shared his work ethics and insights. Indeed, the world’s largest publicly traded International Oil and gas company’s Chairman and CEO, Darren Woods, had something new to offer.

For his broad vision and praiseworthy work in the petrochemical business, Forbes magazine ranked him in the 34th position as the powerful people of 2018.

Darren Woods spent his childhood traveling and exploring different places in the world with his family. As his father served in the US Military, he got an opportunity to watch the world from his perspectives.

Darren is still vivacious and active at the age of 53. He serves as the board member of the Center for Strategic & International studies Inc and the US-China Business Council.

Check This Out: Shantanu Narayen family and education

Besides, he is also serving as the chairman at American Petrolieum Institute Inc. Likewise, he also works as the Chief Executive officer at Exxon MobilCorp. Furthermore, he has developed a broad identity as a member of The Business Roundtable and Member of The National Petroleum Council.

Darren started his career journey from Exxon Company International in 1992 as a planning analyst. Then with his consistent effort, hard work, and patience, his career took a definite shape in the same corporation. Saying this, he was appointed as the Vice President of ExxonMobil chemical company in 2005, where he looked after the international Specialty-Chemical business. Similarly, in 2008, he served as the company director of refining for ExxonMobil Refining and supply for Europe, Africa, and the Middle East.

Darren was already established in the company for his knack of holding any responsibility with sincerity and precision. Further, in 2010, he was appointed as the vice president of supply and transportation stationed in Fairfax, Virginia.

Darren Woods is happily married to Kathryn Woods, and together, the couple is proud parents of three children. His wife and youngest son have attended Texas A&M University.

It is the same university from where Darren completed his Bachelor in Science degree in electrical engineering. Later, Darren finished his MBA from Kellog Graduate school of Management of Northwestern University.

Get Hooked With This:  Brandon Beck net worth

Apart from this, he has made a transaction of his XOM stock, valued over $450,000 in the last seven-year. As of 5 May 2015, Darren still had at least 160,649 units of Exxon Mobil stock in his name, which is valued over 11 million dollars as per the New York Stock exchange.