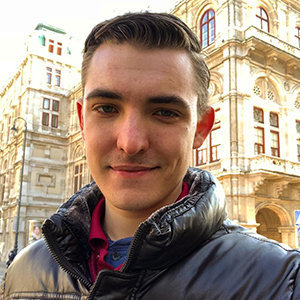 American teenager Jacob Wohl gained notoriety as the youngest hedge fund manager due to the controversy of his first hedge fund Wohl Capital Investment Group. The avid online supporter of President Donald Trump, Jacob, who is a self-described 'Trumpenomics expert,' is known as 'Wohl Of Wall Street' hedge fund manager.

He is a former columnist of the website The Gateway Pundit and has drawn further attention after he tried to frame special counsel Robert Mueller for sexual misconduct.

How Much Is Jacob Wohl Net Worth?

Jacob, 20, summons the net worth from his career as an American former hedge fund and real estate investment manager. The teenager falsely claimed that he managed $10 million for 178 investors but in reality, he managed just $500,000 for 13 investors, which the Arizona Corporation Commission later pointed out.

His client named David Diedrich became a victim of his schemes where the former Wohl Capital Investment Group hedge manager told him that his initial investment grew from $75,000 to $89,500. David struggled to get back his money and received only $44,000 out of $89,500. He complains fraud against Jacob, but the teenager refused to cooperate and stated that he had canceled David's membership.

Due to his lies, Jacob's former hedge business Wohl Capital Investment Group got banned from the National Futures Association during March 2017. His funds got accused of violating Arizona’s securities laws, and Jacob was accused up to 14 counts of deceitful activity. The former hedge fund manager became the youngest person ever to receive a ban from the self-regulatory organization.

Here, we cover some of the interesting facts about American former hedge fund manager, Jacob Wohl.

The tabloids went frenzy when the conspiracy theorist Jacob and American lobbyist Jack Burkman tried the hypocrisy against special counsel Robert Mueller. During the news conference in Arlington on 1 November 2018, the duo announced that Robert brutally raped a woman named Caroline Cass. Jacob Wohl released a picture claiming to be with Meuller's accuser (Photo: wonkette.com)

However, when Jacob needed to provide the evidence against Meuller's accuser, he offered a photo of a woman with her face "Painted-out."

As it turns out, the lady in the picture is actually his girlfriend. And he tried to con people and media by using an old picture of his anonymous partner. Furthermore, the woman claimed that she had never dated Jacob, and he was lying about their relationship.

Born on 12 December 1997, Jacob Wohl is a native of the United States. The conspiracy theorist stands at the decent height and holds American nationality.

Since the age of 19, the real estate investment manager became the online supporter of American president Donald Trump. Before his online supportiveness towards the President, Jacob was the youngest person ever to receive a ban from the National Futures Association.

Jacob started his first hedge fund, Wohl Capital Investment Group, with the revenues that he collected from his high school classmates and their parents. As per wiki, Jacob grew up in a politically conservative area of Southern Californi in Orange County.