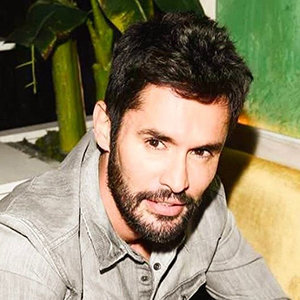 The dissolution of a marriage can sometimes have a hard path ahead. French restaurateur Jean-Bernard Fernandez-Versini underwent emotional split with ex-wife Cheryl Cole and more to that; he lost his father.

Jean is a French restaurateur who manages his restaurant business in St Barts, London, and the Riviera. He rose towards prominence as a second husband of English singer Cheryl Cole.

Jean-Bernard Fernandez-Versini and Cheryl Cole met each other during Cannes film festival in 2014. They enjoyed their three months of romance and had their wedding in a private ceremony on the Caribbean island of Mustique in July 2014. However, they decided to have a split in December 2015.

Following their 18-months of marriage, the split between the couple and Jean's father's death blew both of them. The restaurateur suffered the grief as he lost both of his parents, his mother in 2006 and his father in January 2016. The sad demise of his father following his separation caused the 38-year-old businessman some adversity in his life. He found his predicaments were 'overwhelming and complicated' to handle.

Jean and Cheryl became a Britain's fastest ever quickie divorce couple when the jury granted their separation only in 14 seconds in October 2016. In the divorce paper, she cited Jean's 'unreasonable behavior' caused her weight loss. They were given their Decree Nisi at the Central Family Court in London. The statement from Cheryl's representative declared: Jean-Bernard Fernandez-Versini and Cheryl Cole were granted their Decree Nisi at the Central Family Court in London in October 2016 (Photo: dailymail.co.uk)

Following their divorce, in May 2018, the Frenchman spoke with the TV programme Good Morning Britain in Cannes and revealed that he's single and looking for love.

As for his ex-wife, she started her relationship with One Direction star Liam Payne and welcomed a son named Bear Grey Payne in 2017. However, they announced their separation in July 2018. After their split, Jean released a public statement and called Liam "a little man" and said that Liam was always wrong for Cheryl.

How Did Jean-Bernard Fernandez-Versini Gather Net Worth?

Jean, 38, accumulated his net worth as a French restaurateur. He gathered revenues from his job as a manager of his restaurant business in St Barts, London, and the Riviera. He also played host with his business partner, Francky Twister and held installations at A-list events including Paris Fashion Week and Art Basel.

In 2014, Jean purposed his ex-wife Cheryl with a diamond ring, which had an estimated worth of £275,000. However, according to Dailymail, during the ten-year death anniversary of his mother in 2016, the restaurateur wanted his family heirloom back from his estranged wife.

His ex-wife Cheryl Cole is an English singer, who has an estimated net worth of $20 million. While the duo split each other in 2016, they agreed to the terms of the separation as they reportedly signed the pre-wedding agreement that indicated she would keep all her $20 million fortunes.

Jean-Bernard Fernandez-Versini was born in a wealthy family in 1980. The Frenchman celebrates his birthday on 29 August. Jean stands taller than his ex-wife Cheryl Cole who has a height of 1.6 m. The restauranteur grew up on the French coast and possesses French ethnicity.

At the age of 22, Jean featured in a New York Times article, 'A New Eurofestation.' As per wiki, he is popular on Instagram and has gathered over 44K followers. He graduated from New York University with a degree in business.