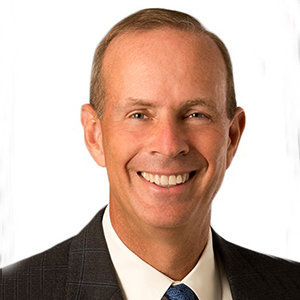 Mike Wirth, the CEO and the Chairman of the Chevron, is one of the rarest people, who has succeeded in using the full authority to uplift the company in the unexpected height.

After working for more than three decades in Chevron, he was elected as the CEO and the Chairman of the board in September 2017 by the board of Directors for this company. But he came onto the power from 1st February 2018 and changed the entire scenario of the existing company.

Under his leadership, the company’s earning has been doubled up by 7 % in comparison to the past year due to his long time of experience.

Wirth’s net worth is not yet disclosed but it is for sure that he has made the huge fortune through his career as the CEO and the Chairman of the largest oil company, Chevron, whose net worth is estimated to be $190 billion.

On top of that, he is also earning a decent salary per year including every kind of facility provided to him by the world’s largest oil company, Chevron. Talking about his salary, in 2018, he was paid $1.5 million per month; as a total, he reportedly received $15 million including compensation, stock awards and more as an annual payment.

Wirth was born in 1960. He has been confidential about his upbringing to the date.

Mike Wirth gained his Bachelor’s degree in Chemical engineering from the University of Colorado in 1982.

Wirth is happily married to wife Julie. While in the blissful relationship, the heartthrob pair got blessed with four kids. Among them, two are sons named Brady Wirth and Tyler Wirth and a daughter Jennifer Wirth. Unfortunately, his younger son, Tyler died on 18 July 2019 at the age of 14 as he couldn’t battle cancer—he was struggling with the brain and spinal cord cancer.

However, Wirth is fortunate to have a caring wife and children besides his successful career.

After graduation in 1982, he was hired by Chevron as a Design Engineer. Then, in 2001, he was named as president of marketing for Chevron’s Asia/Middle East/ Africa business based in Singapore.

Later, from 2003 to 2006, he served as President for Global Supply and Trading. While he was in the Chevron, he also worked as an Executive Vice President for Downstream and Chemicals from 2006 to 2015.

Before garnering the position of CEO for Chevron, he worked as Vice-chairman of board in 2017, also as the executive vice president of Midstream and Development for the Chevron Corporation from 2016-2018; in this role, he was responsible for managing supply and trading, shipping, pipeline, and power operating units as well as business development.