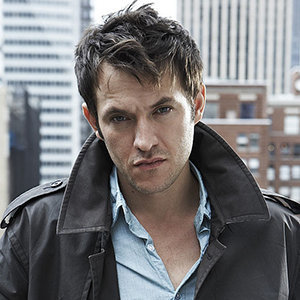 American actor Adam Rothenberg is best known for appearing in the BBC One drama mystery series, Ripper Street. He has also portrayed the character of Bob Truman in the comedy-crime movie, Mad Money. The actor has managed to maintain stardom since 1999, earning fame and wealth.

How Adam Rothenberg Amass His Net Worth?

Adam, with his involvement on television and in movies plus theatre, has derived most of his net worth from his acting credits. Among his films, Mad Money is one of his biggest hit movies. The movie made box office collection of $26.4 million with the budget of $22 million. Rothenberg is also famous for his portrayal in the American drama film, Tennessee. The movie earned $16,100 at the box office.

The famous actor has only worked in a handful of movies. While his film career slowed down, he earned a lofty income portraying Captain Homer Jackson on Ripper Street from 2012 to 2016. He has also appeared on several TV series including The Jury, Law & Order; Person of Interest; and  Elementary, adding extra fortunes to his net worth.

As of 2018, he is set to increase his net worth by appearing as the male lead in the upcoming AMC drama series, Dietland. Before he stepped into the entertainment industry, he served as a sanitation worker and a security guard. He also worked in the army in 1996.

In an interview with Independent magazine on 13 May 2018, Charlene tagged American actor Adam Rothenberg as the amazing partner she ever met. The actress gave the interview following her vacation with Adam at Blue lagoon - Akamas. Adam Rothenberg visits Blue lagoon with his girlfriend Charlene on 6 May 2018 (Photo: Instagram)

The couple is enjoying their life together but is yet to get married. Charlene has not thought of being Adam's wife yet. However, she would like to have kids one day, as per the Independent interview. She said,

"I've learned that I'm terrible at it," she jokes. "I always thought I would be more of a 'married with kids' type than I actually am. I don't know about marriage, but I do want kids one day and all the 'normal' stuff. I've also learned that you never stop learning with love, and you learn so much about yourself because of it."

Previously in 2016, Adam had made headlines when he was seen roaming the street of Dublin with his girlfriend, Charlene.

Adam and Charlene McKenna have been with each other since 2013. The two met each other on the set of Ripper Street. Indeed, the couple is enjoying relishing time together. As of now, they are not in a hurry to have kids.

McKenna previously was in a relationship with Irish actor Aidan Turner.

Adam Rothenberg was born to Kenneth Rothenberg and Gillian Rothenberg on 20 June 1975 in Tenafly, New Jersey. He derives Jewish ethnicity from his family. His father is of Jewish ancestry. He has five siblings, three sisters, and two brothers. Adam completed his acting training from New York's Acting studio, as per wiki.