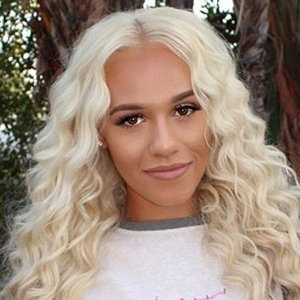 An Instagram and a real-life model, Alaina Anderson is none other than the spouse of the famous basketball player Derrick Rose.

Alaina is not just a model. She is an entrepreneur of her clothing line called Keep It Cute. Furthermore, she has her website, Alaina Taught You, where she shares with the world pictures of her family and tips and advice regarding fashion and fitness.

Want to learn more about the Instagram model? Read below and find her wiki-like bio with facts.

Alaina was born in 1994. She celebrates her birthday on 15 November. The Tennessee, U.S. native does not like to share much information about her early life and parents. However, it is known that she has two sisters in her family. As evident on Instagram, she adores her mother and grandma the most.

Jumping towards her education, the Instagram star attended the University of Illinois, located in Chicago.

Her Relationship: Girlfriend To Wife

The aspect of the relationship of Aliana’s relationship, much like her early life, is hidden under the curtains, and only little details are available to her fans. As such, it is known that she is married to the Detroit Pistons’ point guard Derrick Rose.

The two were in a long-term relationship before finally getting married in February of 2018. The wedding did not make any headlines as the couple opted for a secret wedding. Now, Aliana and her hubby Derrick are parenting their two children together. Their eldest is a daughter named Layla Malibu Rose, who was born on 5 March 2018 and a son named London Marley Rose, born in 2019.

The actual birth month of her second child is not known to the public; however, Aliana did mention her nine months of pregnancy via Instagram on 26 May 2019. After the birth of the baby London, Aliana showcased him for the first time on 10 June 2019 via Instagram.