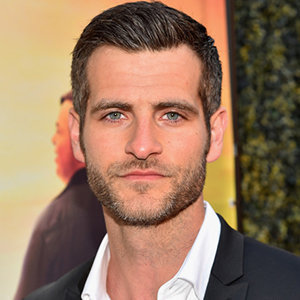 If you get chance, take it, and if it changes your life let it! Well, this is what happened in the life of the multifaceted entertainer, Alan Powell. With just one performance, Alan has become a well-accomplished personality in music and film industries. The heartthrob of thousand hearts, Alan can perhaps be claimed as a God-gift talent as he never had initially set his sights on Hollywood Industry. Well, what let the long straight life of Alan bring the turning in it? To find it, keep reading!

Before Alan started his career in acting, he went to Liberty University to become a New Testament professor. However, his life dramatically took him to another dimension. With the performance of Michael Jackson's mash-up, Alan's career made a U-turn. He founded the band Yellow Cavalier in 2007 with Chad Graham and started his music career.

Alan began his acting career in 2009 after landing in the movie Charlie & Boots where he portrayed the character of Rodeo Clown. Since then, he has appeared in numerous movies and television series.

In 2012, Alan appeared in an American musical drama television series named Nashville where he played the role of Guitar Tech. He had cast in other few television shows like A Deadly Affair and Redliners.

Similarly, talking about movies, Alan has performed in the films like Where Hope Grows (2014), Christmas in the Smokies (2015) and Caged No More (2016). Not only that, Alan is working in six more movies in the year 2018. His three films like Beautifully Broken, Other Versions of You and Heavenquest: A Pilgrim's Progress are under post-production whereas the movies like Out of Ashes, The Reason, and Like Arrows: The Art of Parenting will be released by 2018.

As of now, Alan Powell is working on the American television drama thriller series Quantico which is scheduled to premiere on April 26, 2018.

Delving into Alan's personal life, he was dating his longtime girlfriend, Brycie. After being together for quite a long time, Alan married his sweetheart, Brycie in the year 2006. Since then, the pair isn't shy to flaunt their love life on social networking sites.

Back on 6 January 2011, on the occasion of 5th wedding anniversary, Alan took Twitter to reveal that he is going to ink tattoos with his wife as a celebration of their five-year togetherness. The happily married Alan and Brycie is blessed with three daughters and a son, Nash (born October 2017).

Alan, age 32, often keeps flaunting the pictures of him with his adorable kids and enjoys spending time with them. Similarly, Alan shared a picture of him with his kids on Instagram on 9 October 2017 stating that he'll be in a full dad mode. Alan Powell with his children in a picture shared on 9 October 2017 (Photo: Instagram)

Despite having a busy schedule, Alan is giving his valuable time to his wife as well as children. In the context of his sexuality, he is straight and is not gay. The relishing fact is, he supports gay people and gay rights. Likewise, in one of his tweets posted on 26 June 2015, Alan said that 'I Love You' is the thing that Jesus would say to the gay community.

Actor and singer, Alan Powell, who currently ages 32, was born on 3 May 1985 in Nashville, Tennessee, US. Alan stands at the height of 6 feet 2 inches (1.88 meters) as per wiki. Though the information about his family members has kept hidden, the only thing that has come to know is that his father was a pastor. He went to Liberty University with the aim of becoming a New Testament professor.