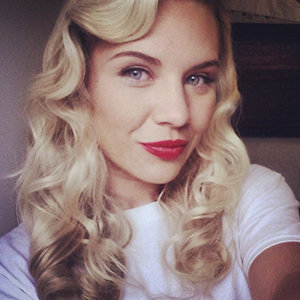 Amy Johnston is known as a stunt specialist who works as a body-double in the blockbuster films. She has also performed the stunt of fictional character Android 18 in the animated TV mini-series Dragon Ball Z: Light of Hope which was written by famous Japanese manga artist Akira Toriyama. The martial arts devotee, Amy has also appeared in the thriller movie, Accident Man where she portrayed the role of Jane The Ripper.

Amy is engaged to her boyfriend, Zac Morris on 10 November 2017. She announced her engagement via Instagram and shared their photo. It remained a mystery when Amy met her fiancé, but the couple is flaunting thier pictures in social media for over a year.

The pair is yet to decide on getting married and take Zac as her husband, but her fans are over the moon with her engagement and congratulated the pair.

Amy was seen posting her photos with her boyfriend, Zac Morris on Instagram. Sharing her romantic life via her Instagram on 18 January 2016, she said Zac had been her 'ying-yang,' and she was pleased to share an incredible journey together with him.

The couple maintains a healthy relationship, and their fans adore their chemistry. On 26 December 2017, Amy spent the holiday alongside her fiancé Zac and shared their photo with a gorgeous outfit on her Instagram. Amy's followers greeted the couple 'Merry Chrismas' and blessed the couple to stay together on their romantic journey. But in the year 2018, Amy is yet to share the photo with Zac on her Instagram. Her social sites persisting tied with the career-oriented pictures leads to impede the information of her relationship status with Zac. As of May 2018, the actress is reportedly unmarried.

How Did Amy Summon Net Worth?

Amy Johnston has summoned her net worth from her career as stunt specialist. Amy as a stuntwoman has earned her fortunes appearing over three dozens of TV series and video games.

She first appeared as stunt specialist in 2010 TV series Kung Fu Femmes where she became a fight choreographer. She also performed a double stunt in 2012 TV series Pair of Kings. In 2014, she presented the feat of a fictional character Android 18 in animated series of Dragon Ball Z: Light of Hope.

From 2014 to 2018, she continued to increase her earnings as a stuntwoman in notable TV series like The Late Late Show with James Corden; Wicked City; Ryan Hansen Solves Crimes on Television; and K.C. Undercover.

Her remarkable stunt performance in video games including Uncharted: The Lost Legacy; Rise of the Tomb Raider; Spider-Man PS4 and Shadow of the Tomb Raider has also served her to boost her fortune. She is currently gaining her wealth from the post-production of the 2019 video game Days Gone where she will be seen performing stunts.

Her father Dave Johnson was a former World Kickboxing Association (WKA) professional kickboxing champion. While Amy was growing, she learned martial arts from her father. Ata remembers her late father most of the times and says he was her inspiration.

She has also shared pictures of her mother on Instagram. On September 2014 the mother-and-daughter combo went hiking in Evergreen, Colorado. She is maintaining a good bond with her parents.

Amy Johnston was born on 1990 in Wyoming, western U.S. state. She celebrates her birthday on 5 February. Amy has a height of 1.63 m (5' 4"). As per wiki, she is a member of Thousand Pounds Action Company in Los Angeles, California. She holds American nationality and belongs to white ethnicity.