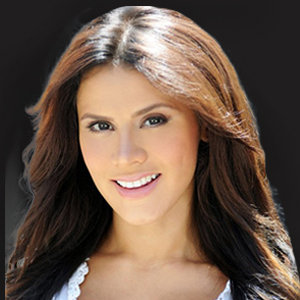 Colombian television star Andrea Espada has proved that we can achieve everything with the joint effort and support of our near and dear ones. She has achieved success and fame with the help of her boyfriend and son. She is also cherishing her family life, and her Instagram profile is proof of that.

Andrea rose to fame as the host of UFC Now. She is also a social media star known for her comedy sketches that she uploads on her YouTube channel.

How Did Andrea Espada Garner Net Worth?

Andrea Espada has garnered the revenue from her career as a TV host. She gathered the prominent part of her net worth hosting the UFC Now show. She also has the self-titled YouTube channel through which she makes the substantial earning. As per the SocialBlade, her YouTube channel garners the monthly income ranging from $6.1K - $97.5K which makes $73.1K - $1.2M in a year.

She also boosted her income as the host of the game show, Estrella TV Presenta: Esto es Guerra for one season.

Andrea moved from Colombia to the United States to make her career in the entertainment business. As of now, Andrea is active on her YouTube channel 'Andrea Espada' that has over 240,212 subscribers. Similarly, she also has accumulated over 6.1 million followers on her Instagram account. The Colombian-native, Andrea started YouTubing in April 2017, at the age of 31.

Andrea Espada dated Cameron, who is active on Instagram with the username, '4KPapi.' She also has a son named Ferran. Andrea and her boyfriend met each other back in 2014. In a YouTube video that she uploaded on 11 August 2018, she revealed that she met her sweetheart when she was in search of Zumba class.

After then, Cameron asked Andrea for her number as he thought she is something special. After a lot of attempts, Andrea finally gave her number to him, and the pair started dating after some time.

As of now, Andrea, her beau, and their son are cherishing their family life and making memories together. Cameron is not Ferran's biological father, but they share an undeniable bond.

She even keeps flaunting the pictures of her with her family on social media. On the occasion of her son's seventh birthday on 26 July 2017, she wished her son " Happy Birthday." Similarly, her son also expressed his love toward her on Mother's Day on 14 May 2018.

Andrea's boyfriend also doesn't fail to give a glimpse of his romantic love affair on Instagram. On Valentine's Day of 2018, he Instagrammed the romantic photo of him with his lover. Expressing his devotion towards his girlfriend, he wrote in the caption that Andrea taught and inspired him to become a better person.

Further, on 29 July 2018, Andrea uploaded a picture of her with her partner and son where she wrote that family is everything for her. Andrea Espada poses with her husband and son (Photo: Instagram)

Andrea is loyal to her family which she unveiled through her recent Instagram post where she wrote in a caption "Loyalty Is Royalty."

Later, on the 3rd of February 2019, Andrea's boyfriend, Cameron proposed her to be his part of life which she accepted with a joyful heart. The couple, who relished their life as husband and wife although they were not married, is set to share the wedding vows soon. Andrea took Instagram to reveal about her recent engagement with Cameron where she posted a video of the scene. Andrea and Cameron got engaged on 3 February 2019 (Photo: Instagram)

Cameron too updated a video on YouTube with the wedding proposal idea before their engagement. Later, he disclosed about Andrea's positive response and opened about their intimacy as future husband and wife. The couple, who are together for over four years of time with their son, now savors their life with immense love and harness.

Andrea Espada was born on 17 August 1986 in Colombia. She later moved to the United States. Andrea, who stands at the height of 1.70m (5' 7''), holds a Colombian nationality and belongs to white ethnicity, as per wiki.