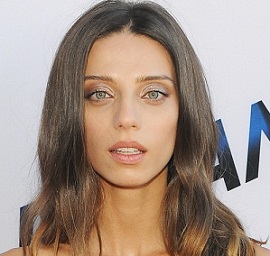 With the experience of over fifteen years, Angela Sarafyan has established herself as one of the most accomplished actresses in the industry through many jaws dropping performances and attractive appearance. Angela Sarafyan is an Armenian actor who is famous for portraying Clementine Pennyfeather in the HBO series, ‘Westworld’ and Maral in the movie, ‘The Promise.'

Angela Sarafyan embarked her acting career with the television series, ‘Judging Amy’ as Aisha Al-Jamal in 2000. She has portrayed the significant character in multiple television series which includes ‘Buffy the Vampire Slayer,' ‘The Shield,' ‘South of Nowhere,' ‘Childrens Hospital,' ‘Law & Order: Special Victims Unit’ and ‘Westworld.'

How much is Angela’s worth?

According to Celebrity Net Worth, Angela Sarafyan has reportedly garnered an enormous net worth of $6 million. The actress accumulated the huge amount from her endeavors in several television series and movies, more importantly from her work in ‘Westworld’ and ‘The Promise.' Her earnings from the runways, modeling assignments, photo shoots and other projects have also supported in increasing her net worth.

Is Angela dating anyone, after the split with Rami Malek?

Angela Sarafyan and Rami Malek appeared as an onscreen couple in ‘The Twilight Saga: Breaking Dawn — Part 2’ in 2012. Angela portrayed the love-interest of Egyptian coven vampire, Benjamin (Rami) in the movie and flared the screen with romance.

Their sizzling chemistry and bond shortly gave rise to the rumors of their romantic relationship. Angela and her alleged boyfriend made the headlines of every tabloid during the time but never addressed the rumors.

Similarly, the rumors of their affair which once became the talk of the town faded after the movie released. As of now, Rami Malek is dating Portia Doubleday while Angela is still single and unmarried. She seems more focused on career and hasn’t hinted of getting married and sharing beautiful husband- wife relationship.

Angela Sarafyan was born on June 30, 1983, in Yerevan, Armenian SSR. The actress moved to the United States with her parents and settled in Los Angeles. Her mother is a painter and father, Grigor Sarafyan is an actor. She used to play piano and practice ballet as a child. She belongs to Russian-American ethnicity and has an ideal height of 5 feet 8 inches.