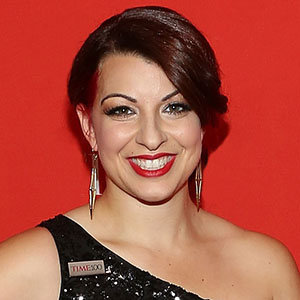 There are numerous cases of the sexual harassment of women in online and gaming platform. Even the giant community of gaming industry like Valve, Activision Blizzard, EA and others are not free of the bullying and online harassment. In the midst of online coercion, Canadian-American feminist and media critic Anita Sarkeesian stepped up and announced her Kickstart project of 'Tropes vs. Women in Video Games' to grab the online sexual harassment in media's attention.

Anita is widely known as the Feminist Frequency blogger, and her work has emphasized in The New York Times and The Wall Street Journal.

Anita was born to her parents Varkis 'Wally' Sarkeesian and Seta Kegham. In November 2016, her father Varkis donated $200 in support of President Trump’s 2016 presidential campaign. He once again donated $200 in December 2016 to Trump’s campaign.

Her father Varkis, who is married to Seta, is the origin of Armenia and immigrated from Iraq to Canada in 1970. In her family, she has a sister named Ida Sarkeesian. Anita and her sister, Ida grew up in Burlington, Ontario with their parents.

Although the feminist has voiced about her family, she has remained low-key when it comes to her personal life. Anita reportedly does not have a husband and has not mentioned about her possible married life in her interviews or on social media. Moreover, she has also yet to unveil her boyfriend in public. As of September 2018, the Harvard Humanist of the Year award-winner is reportedly single.

How Much Is Anita Sarkeesian's Net Worth?

Anita, 35, has accumulated the net worth of $300 thousand from her career as the Canadian-American media critic, blogger, and feminist. In 2012, she launched a Kickstart project and gathered almost $160,000 from the supporters to fund the Tropes vs. Women in Video Games series. She also gathered revenues as a director of a YouTube video series Tropes vs. Women in Video Games. Anita Sarkeesian published her Tropes vs. Women in Video Games on YouTube from March 2013 to April 2017 (Photo: imdb.com)

The public speaker has voiced on sexual violence and gender equality on high-profile conferences like XOXO Festival and TEDxWomen. The feminist also appeared on The Colbert Report and addressed about online harassment experience and gender discrimination in gaming culture and the media.

Anita Sarkeesian, who was born in 1983, has her birthday on 15 August. The panelist of the United Nations belongs to Canadian nationality and posses mixed ethnicity (Armenian, Canadian, Iraqi). Anita stands at the height of 1.64 m (5 feet and 4½ inches), and her birth sign is Leo.

At the age of 31, the media critic received the title of Harvard Humanist of the Year 2014. As per wiki, Anita obtained her master's degree in social and political thought from York University after graduating with a degree in communication studies from the University of California

Here are some of the intriguing facts about award-winning media critic Anita Sarkeesian: