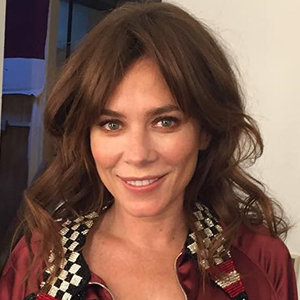 The British actress, Anna Friel is popular for her lead role as Det Sgt Marcella Backland in the ITV/Netflix crime drama, Marcella. She even won the International Emmy Awards in the category of Best Actress. Anna is also praised for her role as Charlotte "Chuck" Charles in the ABC comedy series Pushing Daisies. Likewise, she is known for appearing in the movies like Timeline, Land of the Lost, and Limitless

How Much Is Anna Friel's Net Worth?

Anna Friel has accumulated the net worth of $10 Million from her career as an actor. She gathered the wealth from her acting stints in the entertainment industry.

During the press conference of Pushing Daisies, she reportedly made a headline for kissing her cast member Lee Pace. Anna has been active in the entertainment industry since the age of 13.

Anna Friel gave a glimpse of her past sentimental love-affair by flaunting a picture of her ex-partner David Thewlis on Instagram. On the occasion of Father's Day of 2017, Anna shared a photo of her with David and their daughter Gracie Ellen Mary Friel. Anna even thanked David for Gracie and for being her wonderful dad. Anna Friel recalls her past affair with David Thewlis on Father's Day of 2017 (Photo: Instagram)

Recalling into Anna's past relationship, she started dating David in 2001. Almost four years after dating each other, the pair welcomed their only children Gracie on 9 July 2005. The couple was in a smooth relationship with each other, but they could not make it till the end. The relationship between Anna ans David tragically ended in December 2010, after nearly ten years of togetherness.

Dating Affair With Welsh Actor; Bought A House From Ex-Boyfriend!

After parting ways with her baby dady, Anna was in a relationship with Welsh actor Rhys Ifans. The pair dated each other for almost three years and had a split in 2014.

Almost two years after breaking-up with Rhys, Anna bought a house across the road from her ex-boyfriend David in 2016. She bought the house for her 11-years-old daughter, Gracie. As per Daily Mail, the actress maintains a good relationship with David and has praised his parenting skills. Also, she said that she and her ex-boyfriend still are best of friends.

Anna Friel was born as Anna Louise Friel on 12 July 1976 in Rochdale, Lancashire, England, UK. Anna was born to Desmond and Julie and grew up along with her brother Michael. Standing at the height of 1.65 meters (5' 5"), Anna belongs to mixed ethnicity (Irish and English). She completed her high schooling from Crompton House Church of England High School. Later, Anna attended Holy Cross College.