Home » Celebrities » How Much Is Anwar Jibawi Net Worth? Family, Height, Religion
Share 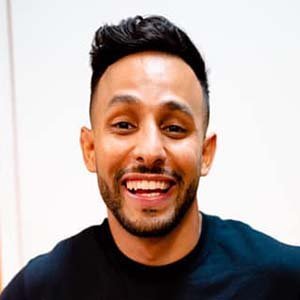 Anwar Jibawi is an American internet personality, who gained recognition from Vine, sharing his six-second-loop comedy videos. Later in 2016, he continued to show his whimsical persona and brilliant sense of humor on YouTube, which made him notorious in no time.

Apart from that, Anwar is also an actor who appeared in two short comic films, such as Petting Scorpions and Airplane Mode.

How Much Is Anwar Jibawi Net Worth?

Anwar Jibawi has summoned the estimated net worth of $4 million, thanks to his career as an actor and Internet personality.

He gained fame from Vine after creating comedy content in 2013. His very first vine video in August 2013 titled When Sounds Interrupt Your Dreams went viral all over the social media platforms. Soon after that, his six-second-loop video clips served him to become one of the 100 most followed viners in 2015.

After getting success in Vine, Anwar expanded his social media presence from YouTube, opening his channel in July 2016. His comedy YouTube videos led him to grasp more than 5.2 million subscribers along with decent earnings on his name in no time.

(Note: According to Socialblade.com, Anwar's self-titled YouTube channel has the estimated revenues of $8.2K - $131.4K monthly.)

Anwar Jibawi was born to his parents, who hail from the Arabian country, Palestine. His mother, Amal Jibawi, raised Anwar alongside his five siblings. He is close to all of his five brothers, namely Malik Jibawi, Omar Jibawi, Ohmad Jibawi, Anas Jibawi, and Wisam Jibawi. All of his siblings are affiliated to BlueMoonCo, the company which specializes in customizing jewelry.

As of now, internet personality Anwar has never been married, so he doesn't have a wife.

However, Anwar was surrounded by a couple of romance rumors. For the first time, he was rumored to be dating Canadian YouTuber Inanna Sarkis. They have collaborated on YouTube and even had shared photos of them on social media. Despite their togetherness, neither Anwar nor Inanna has confirmed their relationship in public.

Besides that, Anwar often collaborates videos with Hannah Stocking, mentioning her as 'girlfriend.' But from the looks of it, they are just creating content for fun, and nothing unusual is brewing between them.

Anwar Jibawi was born in 1991 in Chicago, Illinois. His birthday falls on the 9th of August. As an Arab origin, Anwar follows the Muslim religion.

Concerning his body physique, Anwar has a height of 1.63 m (5 feet 4¼ inches) tall and weighs around 141 lbs (64 kg). His prominent features are his Middle-eastern appearance with a neatly trimmed beard. Apart from that, Anwar's favorite thing is food and mostly likes to eat Pizza.