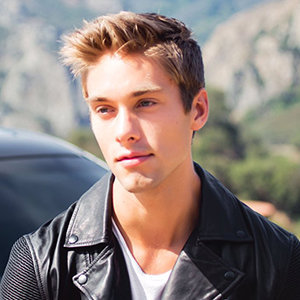 If you guys have watched the Disney show, I Didn't Do It; then you probably might be familiar with American television actor Austin North. He has also made a guest appearance in TV shows such as Kickin It and A.N.T Farm.

From an early age, North had shown his passion and his interest to become an actor. And accordingly, he moved along to follow his passion which has now got him his goal in life on becoming an actor.

The Ohio native not only has a passion for acting but also has a love for drums and is an avid drummer. He can be seen playing the drums along with his sister on his Youtube channel rightly named Austin North. His Youtube channel has over 10K followers.

Is Austin North Dating Or Still Single? Gay Rumors On The Rise!

Austin North, when it comes to relationships and love life, has kept most of it hidden from the public sight. He seems to fancy a more private lifestyle. However, inspecting into his past relationship, Austin was in a relationship with Sadie Robertson, who is the daughter of Duck Dynasty star Willie Robertson.

Everything about Austin's romantic relationship was blurry until his girlfriend spill the beans about their love affairs with ET magazine in April 2018.  Confirming with an interviewer, she spoke that she and her man first talked with each other via Twitter two summers ago in 2016 and they were quick to shared one another's number.

Despite their strong connection, came to an abrupt halt after four months of dating. In August 2018, he and his lady-love split maintaining an amicable relationship. Speaking with US Weekly on 29 August 2018, his estranged partner Sadie said;

“We broke up. He’s an amazing guy and I wish him all the best. We’re friends. It just didn’t work out.”

Prior to Sadie, Austin was reportedly in a relationship with Piper Curda. Since he was involved in a dating affair, he indeed is not gay.

Austin North was born on the 30th of July 1996 in Ohio, USA. The Ohio native stands at the height of 5’9” and has a weight of 62 kgs. Not much information is known about his parents except for his mother’s name, Karen. As for siblings, he has a sister who goes by the name Lauren. She is also a singer and a YouTuber.

Austin maintains a very healthy relationship with his family and often pondered his love to them via social media post. For instances, he wishes his mother and father on the occasion of Father's and Mother's Day respectively. Austin North shares a picture of him alongside his mother on the occasion of Mothers Days. (Photo: Austin's Instagram)

Likewise, he prefers to call his dad as the most supportive, smart, caring, classy & funny dad.  His sister, Lauren's birthday falls on 19 October.

How Much Is Austin North’s Net Worth?

Austin North is an American TV star and a Youtuber and has been garnering the prominent part of the net worth from his acting career. He is most known for his role in the Disney series I Didn't Do It. His other works include guest appearances in the shows Kickin It and A.N.T Farm. He has also starred in an ABC soap opera General Hospital.

Along with acting, North also follows his passion; drumming and singing. Besides, he runs his Youtube channel rightly named Austin North, where he frequently posts covers of hit songs. His channel has amassed over 10K followers.