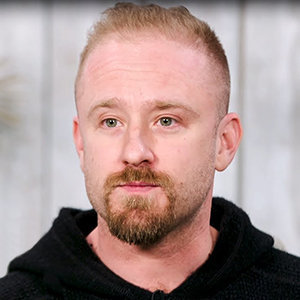 Ben Foster has become the talk of the town as he shared the wedding vows with Laura Prepon, his fiancée of two years. Ben is popularly known for his recurring role in the HBO's Six Feet Under. He is also praised for his acting stints on Disney's Flash Forward, where he portrayed the character of a Class clown, Tucker James.

Ben Foster is married to Laura Prepon. That '70s Show's actress Laura announced that she shared the wedding vows with Ben on Instagram on Sunday on 3 June 2018.

Ben and Laura were first spotted together in July 2016. As per Us Weekly, Laura was holding onto Ben and strolling the street in New York City. After dating for months, it came to light that Ben and Laura are engaged. The news of their engagement flaunted when Laura flaunted her diamond engagement ring while walking the red carpet premiere of The Girl on the Train at the New York on 5 October 2016. The premiere was the debut for Ben and Laura as a couple.

Then in January 2017, Ben confirmed his fiancée's pregnancy. In August 2017, the couple welcomed their baby daughter, Although the actual date of delivery is still a mystery, they revealed the name of their daughter as Ella in April 2018.

After being together for almost two years, the parents of Ella have shared the wedding vows in an intimate ceremony. Laura shared the black and white pictures of the married couple and captioned, Just Married In the photo, Ben's newlywed wife, Laura wore a sleeveless wedding gown carrying a large bouquet of roses. Meanwhile, Ben wore a pant, shirt and tied with no jacket, paired with a hat.

Back in October 2019, Ben Foster and his wife, Laura Prepon, announced that they are expecting their second child. Ben's wife, Laura, shared a picture of herself showcasing her baby bump on Instagram and wrote that she, along with Ben, was excited to announce their baby number two. She wrote that her family was growing. The news of her pregnancy came after a couple of years of welcoming their first child, Ella, 2-years-old.

Similarly, the couple has been together since July 2016 and are relishing the blissful married life for more than three years.

Before, Ben dated Jenna Danneberger in 2011. However, there is not much information about their dating history. Also, he was in a romantic relationship with the American actress, Robin Gayle Wright, in 2012. The former lovebirds dated two years before they called their relationship off in November 2014.

Later, in early 2015, Ben and Robin got reconciled; however, their love life could not last longer than eight months. They broke up once again in August 2015.

Further, Ben moved onto another relationship with a singer/songwriter, Karen Elson, in 2016. They dated for a few periods in early 2016 and dismantled their relationship.

Before getting married to Laura, Ben dated Robin Wright for more than two years. The ex-flames met in 2011 in the set of Rampart. By early 2012, the duo developed romantic ties. After dating for two years, Robin and Ben announced that they were engaged in January 2014.

But only after ten months of their engagement, Robin called off their meeting in November 2014. Though the couple never revealed the reason behind their split, a close source traced their age difference of 14 years played a part in their separation.

However, in January 2015, they reconciled and got back into dating. But their second stint in dating was short-lived and again parted their ways. After Ben, Robin dated Clement Giraudet.

How Much Is Ben's Net Worth?

Ben Foster has accumulated a net worth of $20 Million. He derived his prominent part of net worth from his acting career. Ben earned the whooping money from the movie X-Men: The Last Stand that has a box office collection of $459.4 million. The movie was made with a budget of $210 million.

Ben has been active in the Hollywood industry since 1996 and appeared on more than 50 movies and a dozen TV series that helped him to add income to his fortunes. His long-running TV series Six Feet Under (2003–2005) increased his financial status to some extent. As of 2018, He appeared on two movies, Leave No Trace and Galveston.

Ben Foster was born to parents Gillian Kirwan, restaurant owner, and Steven Foster. Ben was raised in a family where his father belongs to Jewish ethnicity, and his mother is of English, French, Irish, and distant Welsh and Scottish ancestry. So, Trace actor belongs to mixed ethnicity.

Standing at the height of 1.72 meters (5' 8"), Ben Foster was born on 29 October 1980 in Boston, Massachusetts. Ben, who holds an American nationality, attended the Maharishi University of Management, but he dropped out of high school to continue an acting career.