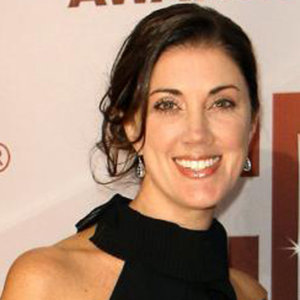 Match-made in heaven has become an overstretched statement, and now its all about discovering and transforming a person into your perfect partner. Beth Leonard has brought the best version of her man and is relishing married life with him.

The mother of two rose to the fame as being the wife of the celebrity husband, Darius Rucker, who is a renowned singer and songwriter. The lady once was the employee of the VH1, where her journey of the roller coaster ride with her partner began.

Beth Leonard, age 40, has been married to American singer Darius Rucker since 2000.

You May Like: Jackie Cruz Girlfriend, Dating, Lesbian, Relationship, Net Worth

The romantic fairytale story of the happily married couple began when they met each other at their workplace for the first time. Beth caught the eyes of her now-husband in New York while she at VH1. While speaking with Country Fan Cast Magazine, Darius told that he was trying to interact with her and convince her to go out with him. One day, when he was at his hotel room, he asked Beth, if she wanted to go with him to watch the play. And his approach turned out to be great, and the couple embarked on a romantic journey.

Darius knew Beth was his perfect mate and in the first date, he had told Beth that he was going to marry her anyhow. Subsequently, the duo got married, and in 2001, they rejoiced the birth of their first daughter named Daniella Rose. Four years later, Beth welcomed a son named Jack.

Darius' love for Beth is to the moon and back. He produced a song with a title “Alright” after getting inspiration from his marriage to Beth. Beth poses for a photo with husband Darius and two kids, Jack, and Daniella at Academy of Country Music Awards on 2 April 2017 (Photo: upi.com)

On 2 April 2017, Beth and her family including husband Darius and two kids, Jack and Daniella attended the Academy of Country Music Awards. The picture captures the essence of the bond between the family.

Before Beth, her husband was in a relationship with another woman and has a daughter, Carolyn. On 13 May 2018, Carolyn completed her graduation. As of now, Beth and her husband are spending quality time with their children and Carolyn.

Beth is from New Jersey and currently ages 40. She used to work for VH1 in New York City, where she met her hubby, as per the wiki. Beth is fond of art and enjoys painting.