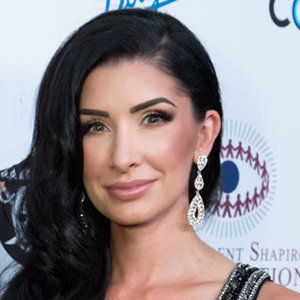 Brittany Pattakos is a medical assistant, who is mostly known for her relationship with renowned plastic surgeon Dr. Paul Nassif.

Brittany has been the talk of the town for her charismatic relationship with Paul despite having a nearly 30-year age difference.

Professionally Brittany is a Coolsculpting specialist. This stunning greek beauty is also a fitness enthusiast.

She is all about that positive vibes and helping others. Her career profession as a medical assistant at the Center for Dermatology and Plastic Surgery shows that she is the prime example of the quote “Bold and Beautiful.”

Engaged To Dr. Paul Nassif; Wedding on the horizons!

When Brittany got engaged to the renowned plastic surgeon Dr. Paul Nassif, news stormed over the internet after Paul officially confirmed his engagement with his girlfriend of nearly two years.

He got down on one knee and popped the question on the 1st June 2019 onboard a boat. The reply from Brittany was a big YES!

Analogous to Paul, Brittany also expressed her happiness via Instagram post, where she showcased her elegant engagement ring.

She thought that her engagement with the man of her dreams was the best day of her life. Brittany with her fiancé Paul Nassif on their engagement day (Photo: people.com)

Moreover, she was extremely excited to share the wedding with her best friend-turned-fiancé.

Brittany initiated her dating relationship with Paul Nassif in July 2017 when the two were photographed together. After two years together, the pair now are ready to begin a new journey in life.

As for the future, both Brittany and Paul have expressed their desire to start a family together.

So it would seem, more children are on the way soon. But at the moment, a wedding is the first thing on their mind. The newly engaged couple plan to take things one at a time and not rush.

Before Brittany, her husband-to-be Paul was previously married to The Real Housewives of Beverly Hills star Adrienne Maloof and had three sons from his post-relationship.

The pair have officially tied the knot and are now husband and wife.

Surrounded by 65 of their closest friends and family members, the pair exchanged their vows in a lavish ceremony in the Greek island of Santorini on the 6th of October 2019. Brittany and Paul on their wedding day. (Photo: dailymail.co.uk)

In an interview with E! News, Brittany gushed about her wedding with Paul and stated

Paul and I are incredibly grateful to have family and friends from around the world join us in the blessing of our marriage here in Santorini, Greece. We are equally as thankful for the family we had at our official wedding ceremony in Los Angeles on September 28th, 2019.

The pair got engaged earlier this year in June when Paul got down on his knee and asked Brittany to marry her.

And now after four months together, the pair have gotten married sparking the beginning of a new journey begins for Paul and Brittany

Brittany's career sees her working as a medical assistant at the Center for Dermatology and Plastic Surgery where she has been working since 2015.

Before that, she worked at Advanced Aesthetic Associates as a Patient Care Coordinator from January 2015 to December 2015.

So when it comes to her net worth, it would be fair to say she could take home a decent chunk of change.

On the other hand, her fiance Paul’s net worth is $14 million; thus, Brittany probably enjoys a luxurious lifestyle.

Brittany Pattakos celebrates her birthday on the 3rd of January with her twin sister, Jessica Pattakos.

She was born in the year 1991. On the occasion of her last birthday, Brittany, age 28, shared a video that shows a montage of pictures from their early days till present. Her sister is a survivor of Health Failure.

Other than her sister, she might have a brother in her family.

Being born in the United States, she holds American nationality. And as for her height, she seems to be of similar height as that of her sweetheart Paul.