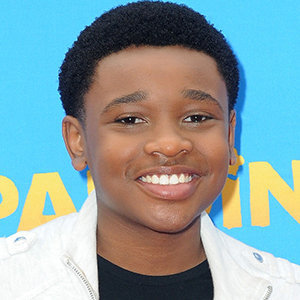 American child artist Caleel Harris is widely acclaimed for his role as Duke in 2012 Drama, Think Like a Man. Caleel has a strong fan base from his acting career and has worked in many music projects as a voice-over artist. The 15-year-old possess excellent verbal communication that suits every screen character and has always connected the audience in every other aspect.

How Much Is Caleel's Net Worth?

Caleel Harris earns a significant portion of earnings from his acting career. But for now, the actual figures of his net worth is still confined. The child artist has made some fortunes from his film projects. His debut came in the year 2010 with a short film titled, Eyes to See. He was also part of the 2011 release Herd Mentality where he portrayed the character of Michael Boudet.

Caleel lent his voice to the character of AJ in the 2015’s interactive education program Blaze and the Monster Machine. As a voice artist, his other animated TV shows include 2015's Ridge Middle School and the character Clyde McBride in The Loud House (2016), which still airs on Nickelodeon Network. The program is a hit across Nickelodeon network that further adds a significant portion of wealth to his bank balance.

Caleel has always been fond of his parents. They have always guided Caleel and his other siblings to be a better human. Caleel shares a couple of posts about them, but has not adequately revealed their names. The child artist shared a tweet for his father wishing him on the auspicious occasion of father's day back in June 2014. The actor is blessed to have a father by his side and is motivated by his presence.

Caleel is not the only artist in his family. He has an actor brother named Curtis Harris, who is best known for his role as Miles Preston in 2013’s Nickelodeon’s family drama, Haunted Hathaways. The two brothers also share a great sibling bond with their sister. The siblings enjoy their company whenever they have time for each other. Caleel is an active user of the social networks and loves sharing pictures along with his siblings. Caleel Harris (left) poses with his siblings in the image posted on April 12, 2012 (Photo: Instagram)

As Caleel’s wiki suggests, he was born on 19 April 2003 in California. The child performer loves science and has attended many science camps. Caleel is 1.56 m (5' 1½") in height and belongs to Afro-American ethnic group. Caleel goes to the same school along with his brother and sister. His birth sign is Aries.