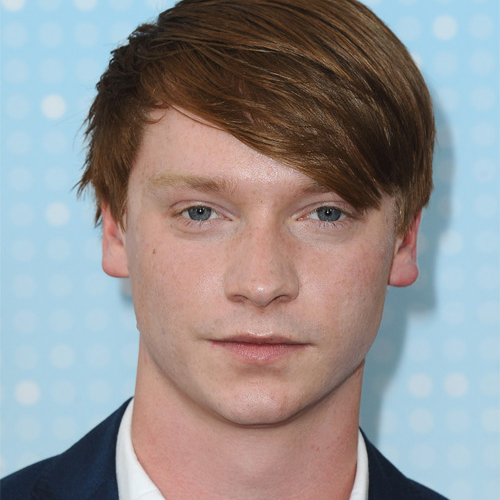 Sometimes the smallest of things can inspire a person to make life-changing decisions. Calum Worthy, a Canadian actor, and writer wouldn’t have thought about pursuing a career in acting if hadn’t he watched ‘Home Alone’ at the age of four. As of now, Worthy isn’t just intriguing the audience with his jaw-dropping performances but is also giving them major relationship goals.

Calum Worthy identified his passion for singing and dancing at an early age. He started performing in plays and musicals at the age of five. When he was nine years old, he succeeded in getting enrolled in Tarlington Training professional children's program. Similarly, at the age of 11, he won the title of ‘Best Canadian National Composer’ as a pianist.

Worthy made his screen debut from the series ‘Fox Night Visions’ (2000) in a guest role. Then, came his performance in the BBC mini-series ‘I Was a Rat’ (2001) which was widely admired.

Worthy isn’t involved only in acting but has also written the 22 episodes of the Disney interstitial ‘Coppertop Flop ‘(2014). Speaking of accolades, he won the Young Artist Award for his role in ‘Thanksgiving Family Reunion’ and earned Leo Award for ‘Stormworld.’

With the excellent acting credits and writing, the actor is bound to have a better earning and well-settled life. Reports suggest that Worthy enjoys a hefty net worth of around 1 million dollars.

Calum has been dating the Disney Channel Actress, Celesta DeAstis since 15 April 2015. Both of the actors appear to be deeply in love with each other and are often seen enjoying quality time.

Moreover, the couple hasn’t kept the joy of their fairy tale affair to themselves and shares the glimpses of their beautiful moments with the audience via social media.

In January 2017, Calesta wished Calum on his birthday with a sweet photo collage and caption through Instagram where she wrote,

"In a hundred lifetimes, in a hundred years, in any version of reality. I'd find you. And I'd choose you." Well, the couple doesn’t only celebrate their birthdays; Calum and his girlfriend were seen having a blast at The Wizarding World of Harry Potter at Universal Studios Hollywood on their second anniversary in April of 2017. These little celebrations from their special days make it evident that the couple is serious about one another and aren’t likely to separate soon. Also, his beautiful relationship with Celesta has helped everyone know that he isn’t a gay.

Calum Worthy aged 28 was born on January 28, 1991, in Victoria, Canada. His birth sign is Aquarius. He was born to parents are David and Sandra Worthy. His height is around 5 feet 10 inches, and he comes from white ethnicity. He is also much concerned about environmental issues, so he uses social media to spread awareness.