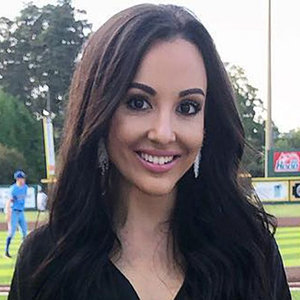 It is a well-known fact that nothing in life is inevitable, and nothing could be predicted beforehand. The death of the New Orleans based sports reporter Carley McCord is evident to this fact.

In a deadly mishap that occurred on 28 December 2019, she had to depart from this world along with five others in a plane crash. It was a private plane that got skidded into a parking lot and burst into flames after getting pounded with one of the parked vehicles.

Surprisingly, only one passenger survived in this plane crash. Reportedly, the plane was about to make the emergency landing before getting crashed nearby the parking lot of the Post Office.

Carley McCord was born on 24 July 1989 in Baton Rouge, Louisiana. She was a member of the WDSU’s sports team, who had to lose her life at the vibrant age of 30.

She completed her education from Northwestern and Louisiana State University.

While people are pouring their sympathizing words to the bereaved family of Carley McCord, her personal life is something that couldn’t be missed out. Talking about her husband, Steve Ensminger is the Chemical operator at CF industries based on Donaldsonville, Louisiana. He also served as the Assistant football coach for Covenant Christian Academy and Patterson High School from June 2011 to March 2012.

In a brief period, Carley McCord developed her broad personality as a professional broadcaster and reporter.

She began her career journey working as an in-house reporter for the Cleveland Browns. Afterward, she got hired by CBS radio Cleveland where she worked alongside other members for a morning show, which got aired from Hot AC formatted station.

Likewise, after spending two years in Cleveland, she returned to Baton Rouge to pursue her career in broadcasting. There she started honing her broadcasting skills in Guaranty Media as a radio host of 100.7 The Tiger and 104.5 ESPN Baton Rouge.

And after spending three years in Guaranty Media, she discovered her true potential and left for pursuing her passion as a sporting host on Television. After that, she started working for various Sports Medias, namely Cox Sports Television, ESPN3, WDSU New Orleans, and more.