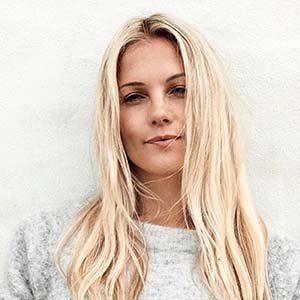 Caroline Fleming is a TV personality known for her appearance in the American reality series Ladies of London (2014-2017) and as a former host of Denmark’s Next Top Model and The Baroness Movies In. She is also known for her line of hosiery and home wear called Beautiful Legs and Beautiful Body.

Besides that, she is a great cook; she has published three best selling Danish cookbooks. She launched her first range of kitchen and homeware in 2017.

Who Is Carolina’s Boyfriend?

On 2 January 2020, Caroline shared a picture with a mystery guy, hugging him in a bikini. For the caption, she wrote:

And suddenly all the love songs were about you ?? The mystery guy's identity remains unclear along with their relationship status.

Caroline was married to banking scion Rory Fleming, the nephew of Ian Fleming, James Bond creator. However, she later divorced him after six years of marital life.

Following the divorce, express.co.uk stated that Rory handed over $400 million to his estranged wife, and the reason behind the divorce was Caroline's high five lifestyles.

Allegedly, Caroline made Rory buy a $6,488,500 worth townhouse in South Kensington just because she was bored.

After the divorce with Rory Fleming, Caroline flourished a love life with the Arsenal striker Nicklas Bendtner who is thirteen years younger than her. (Nicklas was born in 1988 while Caroline was born on 1975)

Within a short period of their relationship (16 months), they got engaged and became parents. Caroline gave birth to Nicklas’s first child son, Nicholas, on 1 December 2010. But, the pair split just seven weeks after the baby was born.

The ex-pair, Caroline and Rory Fleming share two children- Alexander, born in 2004, and Josephine, born in 2007. She also shares a son named Nicholas with her second fiance, Nicklas Bendtner.