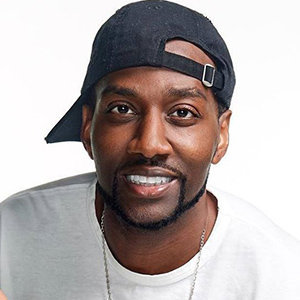 DeStorm Power is an American YouTuber, singer, and songwriter recognized as the president and one of the founders of Zeus, a streaming platform.

He had a passion for music production, songwriting, and singing from a young age and wanted to showcase his skills on online platforms. He chose Vine and YouTube and slowly building the massive fanbase that he has today.

Apart from the entertainment, DeStorm also thrives on his success as a motivational speaker and a physical training instructor.

DeStorm was in a relationship with American actor, singer, and model Alicia Gordillo. Alicia is an internet personality who has over 2 million followers on her Instagram page.

They met for the first time at an event—Alicia approached DeStorm as his fan to take a picture. Eventually, their relationship turned romantic when they decided to work together; Alicia started as DeStorm’s assistant. Over the period, they bonded pretty well and got romantically affiliated. DeStorm Power with his former girlfriend, Alicia Gordillo in May 2019 (Source: DeStorm’s Instagram)

But, their relationship didn't last long, and they decided to part their ways in 2019. DeStorm and Alicia had an amicable split; even they confirmed their departure via YouTube video with the title "WE BROKE UP." on 26 August 2019. Though the couple didn't reveal the actual reason behind their split, they were happy for one another's decision and requested viewers to respect their privacy.

DeStorm has a son named Tayvion Power from his relationship with his long-term girlfriend, whose identity is yet not revealed. The got blessed with a son Tayvion on 13 January 2001.

DeStorm and his mysterious partner was also rumored to have been married.

From his career as YouTuber, American singer, and songwriter DeStorm Power has garnished huge fame and wealth. He is estimated to have a net worth of about $2.5 million in June 2012. One of his sources of income is his from his YouTube channel ‘DeStorm Power, ’ which has over 3.01 million subscribers. Social Blade estimated his revenue to be around $10.2 thousand to $163 thousand annually.

In addition to that, DeStorm also sells apparel and products made by ‘THQ,’ ‘Home Depot,’ and ‘Hot Pockets.’

His family is originally from Baltimore, Maryland, where he grew up with his seven siblings. His mother raised him and his siblings as their parents had separated.

DeStorm's family struggled financially, and he spent his childhood learning ways of music rather than going to school.

During his early career, he worked as a ghostwriter for 'Universal Record,' 'Atlantic Records' as well as other recording companies before establishing himself as a singer/songwriter and producer. After that, his career as an internet personality career took off, making him one of the greatest stars and influencers in social media.

Some Interesting Facts About DeStorm: