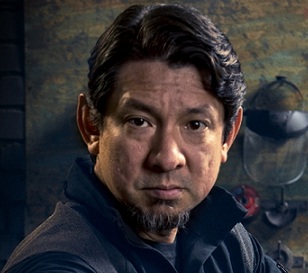 He is a threat with an empty hand. Don’t even get us started that he can become when you put one of the deadliest blades in his hand. Doug Marcaida is a person with an incredible fighting skill and specializes in hand-to-hand combat. The judge of famous television reality series Forged in Fire gives his honest cognizance about the weapons put up on the show. You can know that the guy is passionate about firearms and blades when his Instagram account has nothing except firearms.

Doug's Net Worth And Career

Doug accumulates his net worth and fortunes as being a professional edged weapon specialist. He created his YouTube channel under his name, Doug Marcaida on 21 March 2006 which has over 48,281 subscribers. As per socialblade, Doug Marcaida (YouTube channel) earns the monthly income between $8 - $133 that makes $99 - $1.6K in a year.

The edged weapon combat specialist is known for building some of the deadliest blades in the world is a U.S. Military contractor and designs for FOX Knives Italy. The skilled martial artist studied fighting styles and technique is highly recognized for his fearsome abilities. His abilities got exposure when he joined the judging panel of History channel’s reality series called Forged in Fire alongside J. Neilson, and David Baker.

He now designs knife and produces some of the deadliest weapons named Direct Action Response Theory (DART). He also creates arms in the association with Bastein Bastinelli and sells weapons like Le Piquer, Mako, and the Contractor series.

Now the show is six seasons old, and Doug is still going strong and gives his insights into the weapons, its design and even test the weapons made in the competition. The actor receives a handsome salary for the show and also earns a significant amount through selling his blades.

Never Miss: Who Is Brenton Tarrant? Everything About New Zealand Mosque Shooter

Is Doug Married or Just Dwelling in Career?

Doug Marcaida relishes a married life; however, the information about his affairs and personal love life remains under the bushes. It was speculated that he was single and did not have a wife, but his updates of children on social media deny all the rumors and gossips. Although he has not revealed details about his wife, his pictures shared with his sons; DJ and Jaden prove that he is a married guy. Doug compares his son with his father in January 2018 (Photo: Instagram)

As of now, he savors his life with his family and also concentrates on building and designing eccentric models of weapons.

You May Like This: Dave Pope Wiki, Nationality, Net Worth, Joy Bryant

Doug Marcaida was born in the United States. As he has concealed his date of birth, his age and birthday ins yet unknown. The highly skilled martial artist has American Nationality. The hand-to-hand combat strategist possesses a decent height of 5 feet and 8 inches and belongs to Filipino ethnicity. Doug is a middle-aged man who has maintained excellent body shape that combines lethally with his fighting styles and technique.