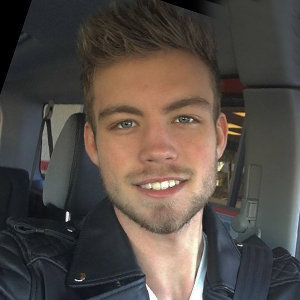 Posing in a man thong may be a difficult task for a man, but Dustin McNeer is ready to do whatever it takes to be a sensational model. He is best known for his physique and hot body.

Dustin was a competitor on the 22nd cycle of America’s Next Top Model in 2015. Despite his entrance with a great body, he had to return home very soon as he was the third person to be eliminated.

Before coming into America’s Next Top Model, Dustin worked as a model for a year and was seen in multiple commercials. For him, the level of commercial modeling was not what he wanted. He wanted more challenges and more fashion in his career as a model. He says that the modeling industry has changed his life.

Coming into ANTM was life-changing as he got to face many challenges and it was more about fashion. He was the third contestant among all to get eliminated from the show. He got a chance to come back and fight for being ANTM, but the environment in the house had changed. Though he tried to keep focus and relax after the comeback, other contestants were more aggressive and more dramatic than before.

There was a time when he had to do a photo shoot wearing a man thong. First, he felt it was fresh and nice, but at the time of the shoot, it appeared everyone around was not satisfied. He himself was distraught with his performance.

Due to his poor performance and the response from his friends on the show, he was eliminated for the second time. After going home from ANTM, he did not stop modeling. With a passion, he decided to take modeling to another level by working out and making his body as the primary asset. With his hard work and constant effort, he made the best shape a man could have. His physique added quality in the model with a handsome face. He is currently signed with Next Model Management Miami.

Is The Super Hot Model Gay? All About His Lovelife

With his hot body and good looks, he has been able to attract both men and women towards him. Everybody would surely turn their heads around if this man passed by. The great body and looks have helped him gain fame in the gay societies and also featured in gaytimes.co.uk. He starred in the magazine flaunting his hot pictures from Instagram. Though he was covered by gay talk shows, he says that he is straight. Although his relationship with girlfriends is not out in public, there are many girls ready to date him. Maybe this is why he got a kiss from a girl in a Black Friday night at Hollister.

He posts pictures with the love of his life, his mom. He said that he got a mama bear for this valentine. He also posted work-out pictures with his mom, which reflect that the mother-son duo enjoys having a fit life together.

The model was born in 1997 and celebrates his birthday on 28th May, as per wiki. Born in North Calorina, he later shifted to Florida. Dustin, age 21, stands at the height of 6 feet (1.83 meters).

Know more insights about the life of model Dustin;