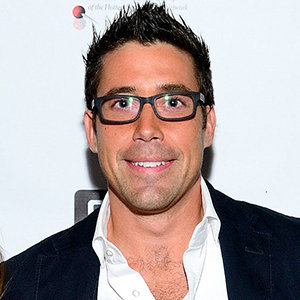 Ed Swiderski is an American marketing technology executive. He is mostly known as the winning contestant on the 5th season of the reality TV show The Bachelorette, where he got engaged to Jillian Harris.

Ed Swiderski was born on 20 July 1979 in Monroe, Michigan, USA. His zodiac sign is cancer.

Ed Swiderski got married to Natalie Bomke-anchor of Fox 32 Chicago WFLD-TV- on 25 July 2015, in Chicago. During the wedding ceremony, the bride wore a lace cocktail dress with a detachable floor-length tulle skirt by designer Monique Lhuillier, and Ed wore a grey tuxedo-clad with a grey tie.

Interestingly, Ed Swiderski met her for the first time on FOX 32 News’s TV as an interviewee in her news studio. Later, he personally introduced himself on Twitter.

Ed was into the relationship with Jillian Harris,5th season Canadian contestant of The Bachelorette. In 2009, during the TV show, she had chosen Ed to get engaged.

But the two broke up and called off their engagement when the past of Ed alleged cheating scandal was disclosed in 2010.

As of now, Jillian shares a son, Leo George born on 5 August 2016 and daughter Annie born on 28 September 2018 with her long-term boyfriend Justin Pasutto.