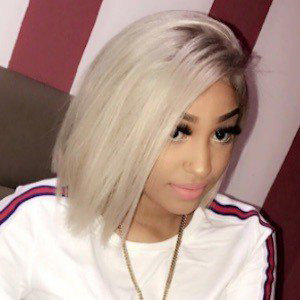 Social media has become a great platform to exhibit talents. And Ella Rodriguez is one of the social media influencers popularly known to million Instagram fans as Ella Bandz. She is also the owner of eyelash company named Slay By Ella.

She is not only an internet star but is a proud mom as well. Having troublesome with boyfriend, Ella Rodriguez has been raising her daughter on her own for a year.

Ella Rodriguez Has A Daughter, Who Is Her Boyfriend?

Talking about her personal life, Ella Rodriguez, age 24, had a messy relationship history. She was dating American rapper, Artist DuBose (A Boogie wit da Hoodie). The actual date of their initiation is kept under the wraps.

Years after their romances, she and her boyfriend Artist became the parents of their daughter named Melody Valentine DuBose on 14 February 2017. Artist was the one to share the happy news of their baby arrival on Instagram.

You May Like To Read: Nathan Parsons Girlfriend, Gay, Net Worth

However, the couple's relationship started fading with time. In January 2019, Artist commented over Ella's picture saying that he wouldn't want his daughter to post pictures like her mother. Also, he told that he doesn't care about people if they think of him being insecure.

As per sources, Ella has already broken up from her beau before chiming a wedding bell, but the actual date of their split is unknown.

Despite their separation, Ella's issue with her then-boyfriend didn't end right here. On 17 March 2019, the rapper took to Instagram Story and shared his emotion saying he missed his daughter Melody. Further, he wrote that everything is trying to stop him from seeing his daughter.

Ella was quick to react over the story and slammed the claims saying he was spreading lies. She wrote on her Instagram story;

"I don't know why this boy posting shit like I don't let him see his child. It's not my fault u wait till I catch u cheating to finally let us go come on tour and now it's just bring Melody knowing I don't wanna come anymore. This man [trying to] switch shit on me and involve my child."

Few weeks after an allegation, Artist came up with a heartfelt apology message to Elle on his Instagram post. On 9 April 2019, her ex-boyfriend uploaded their picture and shared a lengthy apology post saying that she is still her best friend and remains inside his heart.

Currently, Ella Rodriguez is not dating any man and rejoices her life with her daughter.

Ella Rodriguez, who was born in  The Bronz, NY in 1995, celebrates her birthday on 23rd January. She holds American nationality, as per the wiki. In her family, her mother is Cuban, and her father is African-American. The exact details about her siblings are unknown, but in her YouTube video she told her sister gave a middle name to Melody.

Ella has been garnering the net worth as being the social media personality. Having over 1,2 Millions of Instagram followers, the lady earned the revenue from social media endorsements and paid partnership. Besides, she also accumulates the income from her eyelash company called Slay By Ella.