Some actors attain success after years of struggles, and some get it through few onscreen appearances. However, the American actress, Emily Rudd tasted fame and success even before showing her potentials to the audience. The actress started featuring in the headlines after she was roped as a lead cast of upcoming comedic crime series, ‘Olive Forever.’

Emily Rudd wanted to pursue a career in modeling, but with some turn of events she ended up appearing in the movies and shows. She worked on several short films including ‘Best Buy’ and ‘Secret Santa.’

She portrayed the role of Geek Squad agent in the show, ‘Best Buy.’ She has worked with some top-notched photographers including Jared Kocka, Peter Jamus, and Sara Kiesling.

She received wide fame after grabbing the title role in USA Network’s ‘Olive Forever' which is set to release in 2018. Her character Olive is a high school student, con artist, cat burglar, and chameleon who is mature enough to get away with anything.

Moreover, she is continuously working to establish her professional career in TV shows, films, and modeling. Coming up to her financial status, she hasn’t disclosed anything about her earnings, but she must be enjoying a decent net worth.

About her Boyfriend and Dating History:

Emily is currently in a relationship with DJ 3LAU, whose real name happens to be Justin Blau. Although their relationship tenure and other details aren’t revealed, their adorable posts and pictures in social media make it evident that the couple is head over heels in love with each other.

On Valentine’s Day last year, Emily posted a tweet where Justin confessed that he loves her more than his iPhone. Well, the post might be written out of humor, but the romance and fun beneath are still manifesting in the tweet. 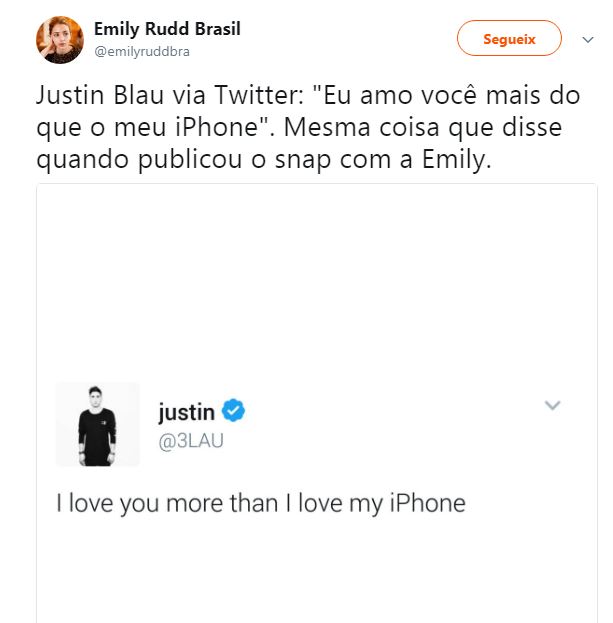 Similarly, their romance is also visible in her Instagram posts where the couple gives major relationship goals to the audience. Recently, on January 10, Emily posted their picture where she sweetly kissed him on his cheek. 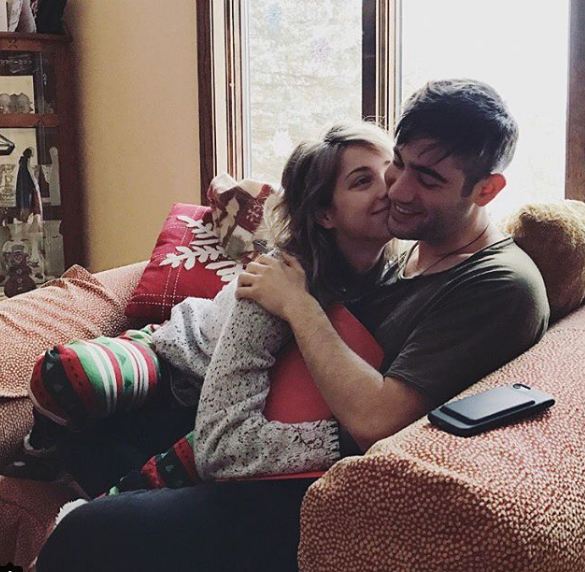 Emily aged 24 was born on February 24, 1993, in Saint Paul, MN to American parents. Her birth sign is Pisces. She belongs to white ethnicity and has an older sibling named Dan in the family. The actress who used to do Karate as a kid has an impressive height of 5 feet 5 inches. She has a degree in theatre performance.