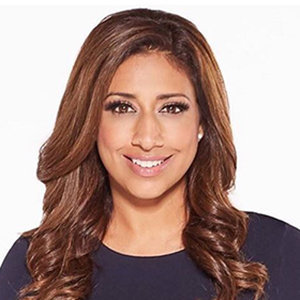 Mississauga-born Farah Nasser is best known as Global TV anchor who is well known as the inspirational journalist. The summit of success for Farah was not easy at all. At the age of 22, she was diagnosed with life-altering diagnosis Polyarteritis Nodasa. Since then she has been inspiring Canadian working at Arthritis Research Foundation and ‘Power of Movement’ event.

How Much Is Farah Nasser's Net Worth?

Canadian Journalist, Farah Nasser is an anchor on Global News at 5:30 & 6. She has been active in journalism since 1999. According to research, the average salary of Canadian news anchor ranges C$29,714 - C$123,067. Since Farah is experienced journalist, she is entitled to above average salary package.

Farah began her career working in association with RogersTV. Later, Farah was appointed to the position of reporter for Newstalk 1010 in 1999. She then joined Toronto 1 where she started working as a journalist in 2003. By the year 2005, Farah worked for A-Channel News as a news reporter.

As of now, She is active on CP24 as a News anchor and reporter and is regular in Global News.

Farah Nasser and Razid Samdjy first met through a mutual friend. The two then had a romantic date on Jamie Kennedy’s former restaurant on The Esplanade by late 2007. A few weeks after their first date, the couple had a memorable second date as they faced a terrible snowstorm. After spending time together for a long time, Razid proposed Farah.

Farah exchanged the wedding vows with Razid in the summer of 2009. As of now, Farah with her husband, Razid is blessed with two children.

Farah often keeps sharing the memory with social media's fans whether it is throwback photo of her baby or video of her husband preparing delicious cuisine. She shared the beautifully portrayed picture of her with husbands and kids on Instagram on 19 March 2018. Besides her busy schedule, she manages to spend time with her parents. Farah shared a family photo celebrating Christmas Day on 27th December 2017. By the looks of the family photo, she has a large family. She completed her BA in a field of Study Radio and Television Arts from Ryerson University in 2003 and attended the University of Westminster as per wiki. Farah holds Canadian nationality and belongs to mixed ethnicity.