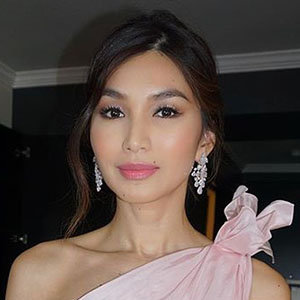 Gemma Chan is a model, actress, animal lover, and a human rights advocate. She is most notable for her work as an actress in some movies and TV shows such as Secret Diary of a Call Girl, Sherlock, Doctor Who, Crazy Rich Asians and many more. Her role in the show Humans shows her portraying the role of a domestic robot which got many fans to speculate that chan had undergone plastic surgery to get ready for the character.

Despite starting her career as a student of law, she gave up on the subject to pursue her dreams of being an actress, much to the dismay of her parents. Since then she has made a name for herself for her outstanding works on stage, screen, and real life. Her work has seen her be nominated for some awards. And it's only a matter of time before she gets her hand on one of the top awards.

Who Is Gemma Chan Dating? Is She Married?

As of now, Gemma Chan is dating and in a relationship with Dominic Cooper. News of Cooper and Chan’s relationship first hit the public when the two were spotted together in a romantic getaway at a beach on the Spanish island of Formentera (late 2018). The two since have been spotted together a number of times at various events, premieres, award shows, and vacations. Furthermore, before her stint with current boyfriend Cooper, Chan was in a relationship with another handsome hunk named Jack Whitehall for six long years. Their relationship began in the year of 2011, but irreconcilable differences played a part as the pair went their separate ways in 2017.

Looking ahead, whether or not Chan plans to call her boyfriend Cooper “Husband” anytime soon is something to speculate about.

Gemma Chan has made a name for herself as a model and an actress. She first began modeling to fund her acting career but later gave that up once her acting journey began to take off. Since then, she has starred in some TV shows and movies alike. Shows such as Sherlock, Doctor Who, Humans, Secret Diary of a Call Girl, Turandot and movies such as Crazy Rich Asians, Jack Ryan: Shadow Recruit are some of her most notable works.

Such involvements have helped Chan amass quite a huge sum of money to her name. As of 2019, her net worth is about $6 Million.

Gemma Chan was born on the 29th of November 1982 in London, UK. Her father was an engineer from Hong Kong whereas her mother was a pharmacist at Guys Hospital in London. Her maternal grandparents had fled Communist China and had moved to Scotland. They were the first Chinese family to live in Scotland. Being born in England, Chan holds British nationality but is of Chinese ethnicity.

As for her siblings, Gemma has a sister whose details are not available. When it comes to her education, Chan attended Oxford University where she studied Law but later gave it up to follow her passion for acting.  Information about her high school years has not yet been revealed.