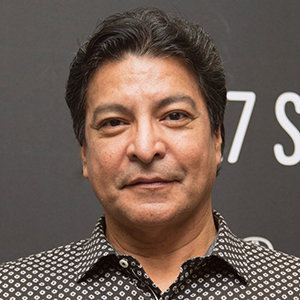 Gil Birmingham, the award-winning actor, is known for his various role in the entertainment industry. His role as Billy Black in the blockbuster saga of Twilight Series led him to generate public acclaim all across the globe. He is also a proficient guitar player as well as the singer with his R&B style through which he thrilled the heart of many audiences by his performance on different venues.

How Much Is Gil's Net Worth?

Gil Birmingham made his debut in an episode of 1986 TV series Ripture with his role as Cop. After that, he starred in various TV shows and movies. Among them, his notable works are End of Spears, The Twilight Saga: Breaking Dawn series, Dr. Quinn, Medicine Woman, and Unbreakable Kimmy Schmidt. He also gave voiceover as Ghostalker in the video game Command & Conquer: Tiberian Sun.

Gil has won many awards including The Doe Boy in 2001 for the Sundance International Filmmaker's Award. In 2002, for an Outstanding Performance in a Recurring Role as Oz in Body & Soul, he was awarded First Americans in the Arts (FAITA) award. Furthermore, in 2005, for Outstanding Supporting Role as Sam in Dreamkeeper, he got American Indian LA Film and Television Award.

The actor now in 2018 is in the post-production as Michael Bowman in the film Saint Judy. He is also playing in the series Siren with his role as Sheriff Dale Bishop. Gil's 32 years experience as an individual who works in the entertainment industry, indicates, that the key measure of his net worth is in good financial health.

Is Gil Married? Glimpse Of His Personal Life

Gil Birmingham mentions that he is not married, but at the same time, he has revealed that he had a relationship in the past. However, he has kept the name of his girlfriend under the wraps.

In an interview with USAToday, he revealed that his girlfriend suggested him to take an acting lesson. Before acting, he used to be a petrochemical engineer and a bodybuilder. With the motivation from his girlfriend, he appeared in the music video of Diana Ross Muscles in early 1980's and pursued his career as an actor. The actor has yet to reveal the details of his mentioned girlfriend.

Gil frequently answers about his love relationship on his official website. When his fans asked him whether the actor is married or not, he said that he is single. As a hooked actor, Gil told that he was residing in Los Angeles.

Further reciting his memory, the actor said while working on the blockbuster hits, Twilight Saga films he had experienced a group of actors who do not work together yet they came together as a family. Gil is currently focused on career and has yet to find someone who he can call his future wife. Gil was born on 13 July 1953 in San Antonio, Texas as Gilbert Al Birmingham. Gil belongs to American nationality. The actor stands at the height of 1.87 m (6' 2"). As per wiki, he completed his education at the University of Southern California School of Policy, Planning and Development obtaining Bachelors degree in Science in 1981.

Paula Zahn Salary and Net Worth