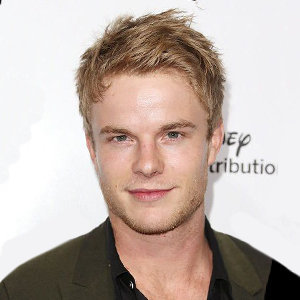 American TV Actor, Graham Rogers is recognized for depicting the character of Scott Thomas in 2012’s comedy-drama Struck By Lightning. The artist at the age of 18 shifted to California, to commence a career in acting. He acted in the famous State Farm Insurance commercial and his dialogue, "Can I get a hot tub?" became an instant hit.

How Much Net Worth Does Graham Rogers Have?

The 27-year-old actor makes a prominent part of his net worth through his acting career. He has been part of many successful television series and movies that further elevates the figures of his wealth.

Some of Graham's successful television credits include 2011’s American Drama Memphis Beat where he portrays the role of Damon Eagan. He has a recurring role in crime series Ray Donovan of 2017 which makes his remunerative to enhance even more.

Graham makes lucrative earnings from the big screens. He has been part of many commercial hits that has bolstered the actor to earn fame as well as enough fortunes. The actor was cast for the 2014’s biographical drama Love and Mercy, and Elizabeth Allen Rosenbaum thriller Careful released the next year. Graham Rogers has also essayed the role of gay in Struck By Lightning.

Besides attending movie premieres, Graham has also shared a couple of pictures along with Virginia on social networking sites. The actor is in all smiles to have Virginia, and their recent image is evident to that. Graham Rogers and his girlfriend, Virginia Gardener, during their vacation in Chicago on 6 August 2017 (Photo: Instagram)

Graham is also known for dating Pretty Little Liars actress Lucy. Back in June 2013, Lucy confirmed her relationship with Graham stating that he is a good guy and she is having a good time with the actor. The lovebirds were also seen budding their romance in the Hawaii Beach on 30 June 2013. The pair enjoyed a brief relationship as they parted their ways in September 2013.

Graham Rogers was born on 17 December 1990 in West Chester, PA, as per wiki. The actor has three brothers and a sister. One of his brother's name is Dave whereas his sister's name is Cat Rogers. Dave loves posting multiple pictures with his family; however, the name of his parents is secluded. He is 1.83 (6’) in height and possesses white ethnicity.