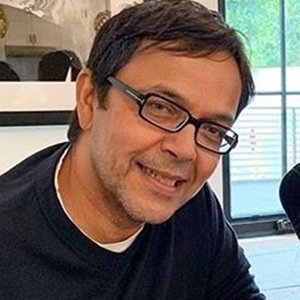 Guraish Aldjufrie is an Indonesian businessman prominently recognized as the former husband of The Real Housewives of Beverly Hills star Kyle Richards. The fans of the reality TV show got to know about Kyle's relationship with Guraish in season 1, episode 10's show 'The Dinner party From Hell.'

Delve in to know Guraish's life in detail!

Guraish was married to Kyle Richards in 1986. His wife Kyle was just 18 years old, and Guraish was 23 at the time. Along the journey as a married couple, they got blessed with a daughter Farrah Aldjufrie on 31 October 1988.

Kyle was just 19 years during the birth of her first child. However, the marriage was short-lived—the couple decided to part their ways and divorced after four years of marriage in 1990. Their daughter was just two years old at the time of separation. But, even after the split, they remained close as good friends.

After their divorce, Kyle got married to real estate agent Mauricio Umansky on 20 January 1996. She later welcomed three children in the family with Mauricio, Alexia Umansky, Portia Umansky, and Sophia Umansky.

However, as for Guraish's love life, he has remained low-key since his split from Kyle.

Discover This: Who Is CBBC Katie Thistleton? Details On Engaged & Partner

About His Ex-Wife Kyle Richards

Kyle started her career in the entertainment industry as a child actor landing her first role in the Disney movie Escape to Witch Mountain in 1974. She was just four years old when she landed the role. Later, she acted in Beverly Hils, 90210(1990), ER(1994), and The Hungover Games(2014).

Besides acting, she has also authored a self-help book Life Is Not a Reality Show: Keeping It Real With the Housewife Who Does It All(2011).

The American actress Kyle from her thriving career in the entertainment industry, has been able to attract immense fame and riches in her life. Kyle's net worth was estimated to be around $50 million in October 2010.

In addition to that, she also purchased a 10,600-square-foot house with seven-bedroom and eight-bathroom for $8.25 million. She bought the property with her husband, Mauricio, in 2017.

Guraish was born on 21 September 1964. He holds an Indonesian nationality belonging to Rabic and Dutch ancestry.

He currently lives in Bali, Indonesia, focussing on land development and commercial real estate. He visits L.A two-three times a year to be with his daughter.