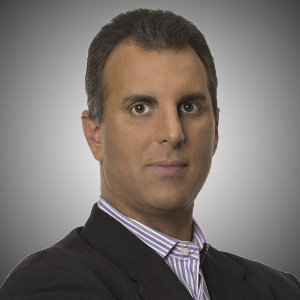 As an everyday face of the CNBC broadcast, Guy Adami's close association with the news station has escalated his net worth. He is not just receiving a whopping paycheck but is also garnering fame as a journalist.

American News Correspondent Guy is known for hosting the CNBC financial stock trading show, Fast Money. He also works as the Vice Chairman of the NJ Chapter of The Leukemia and Lymphoma Society and was the receiver of their “Man of the Year" in 2015.

What Is Guy Adami’s Net Worth?

The 52-year-old news reporter garnered a sumptuous net worth of $30 million from his professional news reporting stint since 1986. He summons a lucrative paycheck as the correspondent of CNBC Network since joining the broadcast back in 2006. He is also the contributor of the CNBC weeknight TV program, Fast Money along with Karen Finerman.

Besides his working tenure at CNBC, Guy also helms the Private Advisor Group in Morristown, New Jersey as a Director of Advisor Advocacy. The organization has a total of almost 600 advisors with assets progressing to $17B.

Guy commenced his career at Drexel Burnham Lambert in 1986 and got his promotion to Vice President and head gold trader. Later, he allied with Goldman Sachs as the gold header in 1996.

Guy got married to a lady named Linda Snow on 2 August 1997, at the age of 34. His wife works at the clinical research, Merck located at Rahway New Jersey.

On Linda's birthday on 15 December 2017, she asked her fellow social media followers for donations to the American Foundation for Suicide Prevention. She chose the nonprofit organization as the humanitarian mission which was very close to her heart. Linda wanted the people to contribute as a way to celebrate her birthday aiding the society.

The couple has two sons and a daughter. One of their son's name is Timothy, and their daughter's name is Lily Adami. Guy has even shared a picture of his children on Twitter on 13 August 2013. In the picture, the siblings are seen relishing siblings moment at Yosemite falls. Do Not Miss: Susi Cahn Wiki, Age, Net Worth- Everything About Mario Batali's Wife

As a loving father, the reporter shared a birthday greeting for his daughter on Instagram, who turned 18 on 22 May 2018.

Guy’s parents, Nancy C. and deceased Guy M. Adami were high school sweethearts, who got married during their time at Fordham Law School. His father, Guy M. Adami served as a village Justice in Croton-On-Hudson, New York for over 20 years.

Talking about other family members, Guy uploaded an old wedding picture of his uncle, Ed, and aunt, Rose's wedding on Twitter on 4 May 2017. He described that his mother, Nancy C. is seated at the front row of the photo, and his grandparents are at her back. The newsreader is not the only child in the family as he has two brothers who are already married.

Speaking about his education, he attended Croton - Harmon Senior High School, Croton-on-Hudson, New York (Class of 1982). He then went to Georgetown University Washington, District of Columbia (Class of 1986).