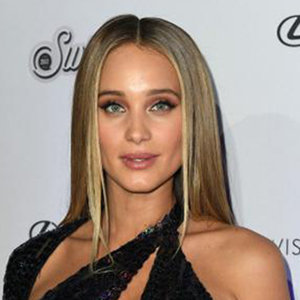 Former New York Yankees captain Derek Jeter is smiling right now! The expected child of him and his American model wife Hannah Jeter has finally arrived. The couple added the newest member in their family welcoming their second bundle of joy.

Hannah is a supermodel who has appeared on the cover page in the 2013 edition and 2015 edition of Sports Illustrated Swimsuit Issue. Aside from that, she has modeled for American Eagle Outfitters, Victoria's Secret, and Levi's.

American supermodel Hannah Jeter and her former New York Yankees star husband Derek Jeter are parents of two adorable kids. Congratulations are pouring over the couple who welcomed their second baby, a girl named Story Grey Jeter during late January 2019. The Player's Tribune tweeted the happy news of the couple and said:

Back in September 2018, Hannah showed the bump of her baby no two during her outings with Derek in New York City. Just one day before their announcement of pregnancy with their second child, Derek announced in his interview with Extra that 'being a father has been awesome.' They welcomed their first baby, a girl named Bella Raine Jeter on 17 August 2017 after announcing that they were expecting their first child back in February 2017.

Don't Miss: Travie McCoy Girlfriend, Dating, Net Worth | How Much is Rapper Worth?

The baseball executive Derek and the swimsuit model Hannah had their wedding in July 2016. The couple tied the knot in an intimate ceremony at Meadowood Napa Valley Resort in St. Helena, California. Hannah donned a custom Vera Wang Bride dress and her gown capped with a hand-appliqued Chantilly lace and layers of tulle. The wedding consisted less than 100 guests alongside Hannah's close friends like Andruw Jones and Tino Martinez. Following the nuptials, Hannah officially changed her name from 'Hannah Davis' to 'Hannah Jeter' on her Instagram.

Hannah and Derek commenced their dating in 2012, and during late October 2015, Derek got down on his knee popping a question to his ladylove. The sweet proposal arrived during the third year of their anniversary.

How Much Is Hannah Jeter's Net Worth?

Hannah, age 28, accumulates the net worth of $3 million from her career as an American fashion model. As per ZipRecruiter, a professional fashion model in the United States earns the annual salary between the amount of $17,000 to $133,000.

She appeared in several cover magazines including Italian Magazine D, Mexico's Elle, South Africa's FHM, and France's FHM. Hannah has also endorsed for the commercials for DirecTV Genie. In 2015, she became the host of Project Runway: Junior and appeared as a Ferrari Girl in a 2015 American comedy film Vacation.

Born as Hannah B. Davis on 5 May 1990, Hannah is a native of Saint Thomas, United States Virgin Islands. She grew up in Saint Thomas with her parents Deborah L. 'Debi' and Conn Jay Davis Sr. In her family, Hannah as two siblings, a brother named Conn Jr and a sister named Rachel.