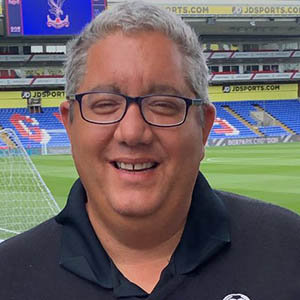 Ian Abrahams is a sports presenter and reporter for the 'talkSPORT' alongside Alan Brazil on the Alan Brazil Breakfast show. since 2003. He has also been presenting sports bulletins on the show. Likewise, he is one of the primary reporters at live events like 'FIFA World Cup', 'Barclays Premier League', and the 'Olympic' games.

Besides sports, Ian has also hosted hospitality and corporate events for 'West Ham United', 'The Bobby Moore Fund', 'Jewson’s' and for several others.

Ian got married to his long-term girlfriend Elise, who celebrates her birthday on 28 November. The couple has been married since September 2000.

Together, the pair has two daughters. His elder daughter Amber was born on 11 December 2002. Later, they got blessed with a younger daughter Skye on 1 March 2006. His eldest daughter, Amber is a football lover like him. She played her 1st game at London based football club Arsenal in August 2015. She has also got featured in 'Good Morning Britain' in November 2019.

Besides his success in talkSPORT, Ian Abrahams is also a self-employed sports presenter/reporter, event host, and quiz master since 1991. He has also worked as a sports editor for 'LBC News Direct' for 4 years till the 2000s.

After that, he joined 'ITN News Channel' as their sports editor in 2000. He worked two years for the TV network before deciding to leave in 2002. Later, he joined 'At The Races' as a features editor.

Ian graduated from Mill Hill County High School in 1987. For further studies, he enrolled at Birmingham Polytechnic the same year. He later graduated with a Bachelor of Arts(BA) with a degree in Government and politics in 1990.

He is a resident of Borehamwood, Hertfordshire, United Kingdom.

Some Fascinating Facts About Ian: