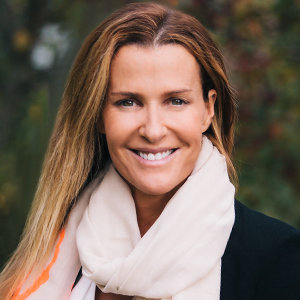 From working with different elite fashion brands like Ralph Lauren and J. Crew and later earning a name as a prime fashion entrepreneurial woman, India Hicks redefined power by building her style brand as a top business model.

Former fashion model India Hicks is best recognized for her eponymous lifestyle brand that she founded in 2015. Her modeling career was quite active between the 1980s and 1990s era. She was also featured in the British magazine, Tatler and was also the face of British clothing label, Viyella.

Partner Of Two Decades; Parents Of Four Adopts Another Child!

India and her longtime companion, David Flint Wood are together for the last 21 years. The pair has not tied the nuptials and India has no plans of getting married. She reportedly told the Telegraph magazine in July 2018 that her family is big and she does not necessarily have to tie the knot to live a happy life.

Besides having their four kids, the couple has adopted a Bahamian teenager named Wesley Cleare. India began parenting Wesley since the age of 12 after his mother, Lynne died of breast cancer. Welsey got adopted when Lynne’s husband had asked India to take their child for a while. India accepted without any uncertainty, and today India and David are his legal guardians. Welsey has four siblings and is very much a part of their family and loves spending his time with them.

India had recently Instagrammed a picture of her five children on 26 July 2018 when they all were invited at the ambassador, Molly Fulghom residence. She also posted an image of her children on Instagram on 21 July 2018 with a caption, My five, in the land of Avatar. Previously, she snapped the photo of her children who were seen in their sea surf suits on her social media page on 17 July 2018.

India also has a goddaughter named Ines and has also shared her picture with a suitcase on Instagram on 22 July 2018. She described Ines as a delightful child and revealed that she gifted Duke suitcase to her as a Christmas present. She mentioned that the price of the bag was $192 but also addressed her followers that the supreme sale ends on 23 July 2018.

How Much Is India Hicks' Net Worth?

The 50-year-old fashion entrepreneur mustered the majority of her increasing net worth from her eponymous e-commerce company with serial entrepreneur Konstantin Glasmacher and Nicholas Keuper in February 2015.

India also makes remunerative earnings by publishing fashion and lifestyle books. Her most recent publication in 2018 was A Slice of England.

Besides India, her partner, David Flint Wood made colossal earnings while working in the global communications and advertising agency named Saatchi & Saatchi.

India was the third child of David Nightingale Hicks and Lady Pamela Hicks, who were interior designers of late 60’s and 70’s. Talking about her siblings, she has one sister named Edwina Victoria Louise and a brother named Ashley Louis David Hicks.

Her father, David passed away at the age of 69 after fighting the battle of lung cancer on 29 March 1998 in his country house in Brightwell Baldwin in Oxfordshire, England.

She is the granddaughter of the last viceroy of India. Prince Charles is her godfather, and she was one of the bridesmaids at his wedlock to the late Princess Diana in 1981.

You Do Not Want To Miss: Shareen Mitchell Wiki: Age, Married, Husband, Family, Net Worth

India Hicks was born on 5 September 1967 in London, the United Kingdom, as per wiki. The fashion entrepreneurial woman stands at the height of 1.74 m (5’ 8 ½“) and belongs to a white ethnic group. Her birth sign is Virgo.

She attended co-independent boarding school, Gordounstoun in Scotland from where she was expelled for entertaining boys in her room. Hicks has graduated from the New England School of Photography in Boston, Massachusetts, with a concentration in Color and Editorial photography and graduated with Honors in 1990.