A young entertainer, who walks his father’s footsteps, Isaak Presley is making his own name in the world of entertainment. He is an actor best known for his performance in...Isaak Presley was born...it is known that his father Lou Presley raised him as...Yes, the Stuck in the Middle alum is dating another...The Cowboys Are Real Men singer was rumored to have dated...He was also rumored to have dated actress...

A young entertainer, who walks his father’s footsteps, Isaak Presley is making his name in the world of entertainment. He is an actor best known for his performance in Netflix’s Fuller House (2016), and Disney’s Stuck in the Middle (2016).

Apart from being an actor, he is also a singer who came to fame through his single called Cowboys Are Real Men uploaded on YouTube.

Isaak Presley, who was born in 2002, celebrates his birthday every year on 16 June. Born in the United States, Isaak likes to keep most details about his daily life a secret. But it is known that his father Lou Presley raised him as a single parent.

Isaak started horse riding since he was four years old and also made a name for himself in the rodeo world. Likewise, he is also involved in the world of Gymkhana since the age of six and has been able to collect over twenty gold medals along with numerous trophies.

Yes, the Stuck in the Middle alum is dating another actress/singer Mackenzie Ziegler. The two were confirmed to be dating in August of 2019.

After following the speculations by the fans, Isaak posted a picture of him with his arm tightly around Mackenzie, announcing his relationship to the actress Mackenzie. Furthermore, to be sure of their relationship, a fan asked in the same photo of the two were together to which the star replied affirmatively. 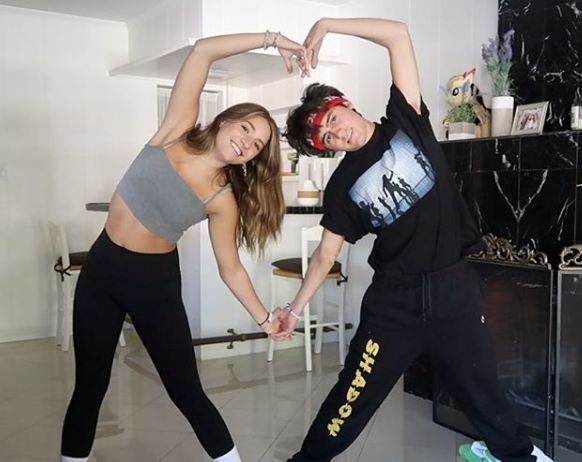 The duo does not share the intricate details about their relationship as both of them like to be fairly private about their life together. However, the couple often shares pictures of them in their respective social handles.

To add sugar on top, Isaak’s father also approves the lovebirds’ relationship and regards Mackenzie as the closest thing to a daughter he has, as per his Instagram handle.

Before Mackenzie, The Cowboys Are Real Men singer was rumored to have dated actress Jenna Ortega, his co-star in the series Stuck in the Middle. The rumors were based on Isaak’s 15th birthday message and the frequent photos of the two in their respective Instagram handles. But since there was no confirmation about the rumors by either of them, the speculations died out as well.

Isaak was also rumored to have dated American model Andora Leigh and was supposedly photographed on many occasions. But there was no certain basis for the speculation, and eventually, the rumors died out.