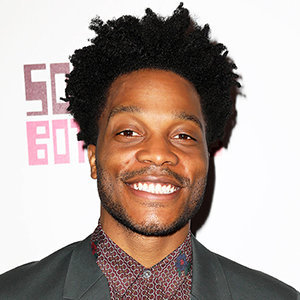 Nothing could be greater than making people laugh and filling their lives with joy. One of the personality with this precious talent is Jermaine Fowler, who happens to be a famous American stand-up comedian as well as actor, writer, and producer.  Fowler is best known for his portrayal on the series ‘Superior Donuts' and also for several other shows including, 'Andre Show' and 'Friends of the People.'

Jermaine Fowler moved to New York City to give himself more opportunities in the field of acting. He used to perform at the local open mics in Times Square. In 2012, he was toured across the country performing at comedy clubs and colleges, collecting the experiences. In 2013, he got an opportunity to be the cast in MTV2’s ‘Guy Code’ and writing, starring and producing in his pilots.

Likewise, in 2015, he starred in ‘Friends of the People’ which lasted for two seasons on TruTV. The actor also features in his debut comedy special ‘Give ‘Em Hell, Kid,’ which he licensed to Showtime. Fowler became an executive producer and cast member of ‘Superior Donuts’ on CBS and also a recurring role on HBO’s ‘Crashing.'

How Much Is Jermaine’s Worth?

The actor-comedian, Jermaine Fowler, with his entire career work in the film industry, is believed to be enjoying a handsome salary. His best works in ‘Friends of the People,' ‘Give Em Hell Kid,' and ‘BoJack Horseman’ has mostly helped him adding up his economic fortune. Although his actual earnings aren’t disclosed, we suspect he must be enjoying a strong net worth counting in hundreds of thousand dollars.

Does Jermaine Fowler have a Girlfriend? Or is Single?

Jermaine Fowler spreads laughter in every show with his humorous jokes. The audience gets tempted towards him as he delivers the jokes with relative ease and delicacy. Likewise, the audience has seen him casting and flirting with many girls in the reel life, but what about his dating life off the screen?

Let us reveal, Fowler, who often makes jokes about a girlfriend is in a blissful relationship with his partner Meagan Hester. His ladylove Meagan is a makeup artist known for her stint on Syfy's Faceoff and Fox's Rel.

They are parents to a daughter named Thebe Orion Fowler who was born on 12 July 2017. After welcoming their daughter, Meagan shared a picture of the adorable new-born toddler and congratulated Fowler for completing their family.

During the New Year in January 2019, Fowler, his girlfriend Meagan and their daughter Thebe visited amusement part. The Andre Show actor affirmed that 2018 was about balancing his family and is now looking forward to learning from his mistakes in 2019. Jermaine Fowler aged 30 was born on 16 May 1988, in Washington, DC, United States. Speaking of his family, he grew up in Hyattsville, Maryland with his two siblings, a twin brother, and a younger sister.

The American national, Fowler belongs to the Afro-American ethnicity and has an impressive height of 5 feet 8 inches.