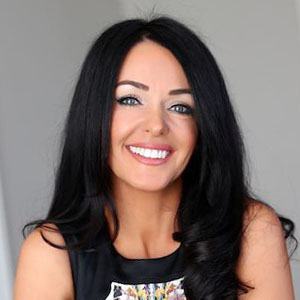 Jo Hamilton is the creative director of one of the UK’s trusted clothing brand, Jo Hamilton Interiors (1995). She is also the show ambassador and critical speaker for House Ireland and Index Dubai's interior design exhibitions.

Additionally, she works for the media, including The Times, The Independent, BBC, Daily Telegraph, Metro, and Irish Independent.

She has even appeared as a high-end design and lifestyle commentator in a television series named Sky's Who'd Be a Billionaire?

Apart from being a color expert, interior designer, actress, and a keynote speaker, Jo is also an author. She published her book For the Love Of Scott in 2011.

Jo was married to her now-husband at a very young age. After being married, the duo bought the house for themselves, and the mortgage was based on her husband’s salary.

Together, the couple is fortunate to be blessed with three sons.

The creative director wrote a book called For the Love Of Scott to let the world know about the tragedy that her brother suffered. It took nearly 27 years for her to put all the sadness and emotions into the words and publish the book.

Another Author: Anne Rice Wiki, Net Worth | Everything About American Author

When her brother was very young, he dealt with some health issues and was taken to a hospital for treatment. But, he was overdosed by the drugs due to the series of fatal medication errors made by the medical personnel teams. In that process, Jo’s brother was pronounced dead within three days by the experts. As promised made by Jo to her late brother, she pulled all her old wounds and published the book on 22nd September 2011.

She was born as the eldest daughter to her father, Brian Clarke, and mother. Her mother was Irish.