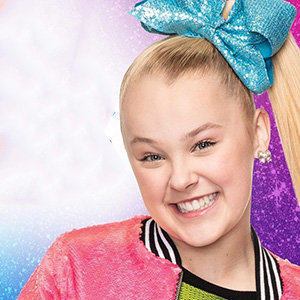 At a young age, JoJo Siwa has excelled in many fields of entertainment; she is a dancer, actress, singer, model, and social media personality.

The Omaha native rose to fame after first appearing in reality shows like Abby's Ultimate Dance Competition and Dance Moms.

Eventually, JoJo became active on social media and has created a substantial fanbase for herself. As of now, she has over 10 million subscribers on her YouTube channel titled Its JoJo Siwa, 9 million followers on Instagram, and 153.K fans on TikTok.

The internet star (real name: Joelle Joanie Siwa) was born on 19 May 2003 in Omaha, Nebraska.

JoJo became interested in dancing as a child and excelled in the hip hop style of dance.

How Much Is JoJo Siwa's Net Worth?

From her career, JoJo has secured a net worth of $12 million. The amount comes from her works as a YouTuber, actress, dancer, singer, and model.

JoJo Siwa has been friends with Elliott Brown- a high school senior from Nebraska- for a while now. But, in March 2020, rumors circulated that the two may be dating.

The dating allegations first started after JoJo shared a TikTok video featuring the duo- where they could be seen making a weird handshake. However, it was not the only time JoJo featured Elliott on her social media profile. She had earlier shared a picture in February 2020, which showed the two in matching shoes.

Likewise, Elliott has also flaunted his rumored girlfriend on Instagram a few times. As of now, the couple's romance remains unofficial, and a mere topic of gossip as neither JoJo nor her alleged boyfriend has come forward to speak on the matter.

JoJo comes from a family of four- which consists of her parents and an elder brother. While her father Tom Siwa is a chiropractor by profession, JoJo's mother Jessalynn is a dance instructor and owns a dance studio in her hometown in Omaha.

Jessalyn has also been featured in several of her daughter's music videos, like JoJo's Juice (2015) and JoJo Siwa: Boomerang (2016).  Moreover, she also starred in the 2012 season of Abby's Ultimate Dance Competition.

JoJo's brother Jayden Siwa is also a social media star with more than 130K followers on his Instagram.

Other than her parents and brother, the internet sensation has three more members in her family: her pet dogs named BowBow, Lulu, and Coco.