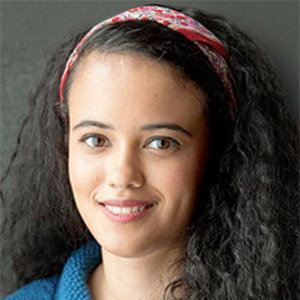 British actress Jordan Loughran took her mother's permission and has been acting since the age of 13. Initially, she had a small role but landed her biggest television role in the first major live-action series of Disney's The Evermoor Chronicles in Britain in 2014.

Jordan grew up with Disney and is aware that she is a part of something new and something big. One of her role model in acting is five-time BAFTA Award nominee actress Kristin Scott Thomas.

Jordan Loughran's Parents And Ethnicity; Does She Have A Boyfriend?

The Evermoor Chronicles actress Jordan Loughran is pretty much close to her parents. She has a sibling sister named Lola Mae Loughran who is often seen talking about them on social media. In June 2013, during the Father's Day, Lola shared a picture of her father and captioned. 'How can you not say that this man is fabulous.'

She further yielded a throwback photo where Mr. Loughran carried her in his arms while she was a new-born toddler. Jordan's sister wished him 'Happy Father's Day' and indicated she was born during the '90s with a hashtag of #90sswag and #prepareforthefamilyphotospam.

The Stratford native also does not hesitate to talk about her sister on social media. Jordan took her Instagram on 26 May 2018 and shared an adorable childhood photo of the siblings wishing birthday to her sister. Childhood picture of Jordan Loughran and her sister Lola Mae Loughran shared on 26 May 2018 (Photo: Instagram)

Though the British actress is open when it comes to her sister and parents, she has yet to mention about her love life. The dating status of this lady has yet to get revealed. There is no news of Jordan having a boyfriend, as of January 2019. In fact, during the Valentine's in February 2016, Jordan bought roses for her sister Lola.

28-year-old Jordan portrayed a character of Sorsha Doyle/Sorsha in Disney's The Evermoor Chronicles, and the show premiered on the Disney Channel in over 160 countries during the autumn of 2014. While she finished shooting Evermoor, she talked a bit about her role as Sorsha Doyle in the four-part series with standard.co.uk in May 2014 and said:

I’m aware that I’m part of something big and something new. This is the first show I’ve done that will be showing around the world. But at the same time as being aware of that, I just like to focus on the fact that I’ve been given a great character to play and a great script to work with.

Her other appearances in TV shows include Dixi, Evermoor Confidential Chronicles, and Emerald City. In 2018, she arrived with a cameo role of Meriem Benyamina in SBS TV's Doctors. Unlike TV series, she has few credits in movies and has landed a character of Bianca Alcaino in 2016 film The Infiltrator.

Jordan Loughran, who was born in 1990 in Stratford, United Kingdom, has her birthday on the 12th of March. The Emerald City actress stands at the height of 1.52 m (5 feet 2 inches) and holds British nationality. Jordan studied languages at King's College in London.

As per wiki, she fell in love in acting while attending Grey Coat Hospital School in Westminster.