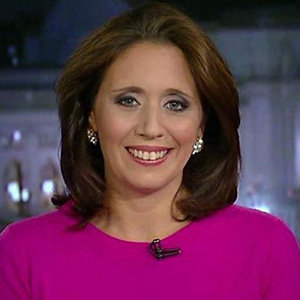 Julie Pace is a political journalist who has served as a white house correspondent during the Obama administration and the presidential election 2016. With the ability to go on the depth of the stories and collaborate with her colleagues as a team, she is the perfect reporter that fits in the era that demands strong, deep, accurate and credible reporting.

She is known for her skills to combine in-depth reporting, sharp writing and the tight deadline to meet the exact need of the audience.

With all the skills she is complimented for, Julie is the Chief White House Correspondent for the Associated Press. She is responsible for covering the politics, presidency, and the US government to the global viewers. Being the aggressive reporter and an insightful analyst, she is the best-suited reporter in the position. She is often complimented for her leadership, commitment, and integrity in the workplace.

The reporter got her education on journalism from Northwestern University and kicked off her career from South Africa’s only independent television network in 2003. Later she also served as the reporter for politics and elections at The Tampa Tribune and its partner station WFLA.

At the age of 25, Julie came to the Associated Press (AP) as a multimedia reporter in 2007; she was there to develop and cover the live video coverage of 2008’s Election Day and the inauguration of Barack Obama as a president. She worked as AP’s White House staff to cover the Obama presidency and later she also took the responsibility to report for the 2016 presidential election between Trump and Clinton.

The aggressive reporter has been awarded for her analyzing skills. She won the White House Correspondents’ Association Merriman Smith Award for her explanation on Obama campaign’s complex and winning approach to voter turnover in 2013. She was also honored by the Oliver S. Gramling Award for journalism for her analysis in the 2016 election.

Julie has tied the knot once in her life. She is officially committed to be together for the entire life with Michael William Ferenczy. Julie shared the wedding vows in October 2014 at Oatlands Plantation in Leesburg. The groom is the management consultant at McKinsey and Company who has extensive knowledge in the biopharmaceutical industry, government, and non-profits.

He was born to a senior department administrator clinical operations mother and owner of Hamburg, a medical packaging equipment distribution company, father and following the family footsteps; he graduated from the University of Pittsburgh School of Medicine.

After four years of wedding, the couple has now welcomed a baby home. The bundle of joy entered the family in August 2018. The baby has added happiness and brought smiles on each of the family members. Before the arrival of the baby, the parents had settled all the furniture and decorated the house for the welcome. Julie mentioned that she spent her birthday weekend with her husband putting together furniture for their soon to arrive baby.

The native American Julie Pace was born in 1982 and marks her birthday on 16th March. As per wiki, Julie, age 36, was born in Buffalo, New York to mother Diane M. Pace and father James J. Pace.