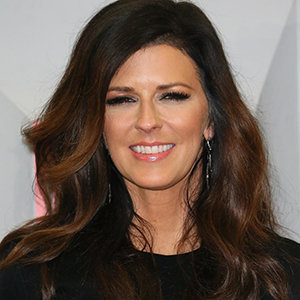 What could be more exciting than seeing a married couple performing together on-stage and dazzling the crowd? The country singer, Karen Fairchild, and husband, Jimi Westbrook not just see each other as a married duo, but also as contemporaries who entertains the audience together with their vibrant performance. The couple is now married for twelve years and is proud parents to a baby boy.

Karen got interested in singing from a very young age. Karen’s career as a performer started when he became a member of a Christian vocal group during mid of 1990.

Along with Kimberly Schlapman, Phillip Sweet and Jimi Westbrook, Karen formed a group named ‘Little Big Town’ in 1998. The self-entitled debut album of the group was released in 2002.

In 2010, the group released the first album with Capitol Nashville with the title, ‘The Reason why’ which got the #1 on the US Country Chart. In 2014 CMA Awards, the band was given the Award of ‘Vocal Group of the Year.’

How Much is Karen's Net Worth?

Karen has established herself as a talented Country singer. Until now, she is much active in her musical career, and though the total amount of her net income is not revealed yet, given her professional career, we can suspect that she is enjoying her life to the fullest.

Married to a Famous County Singer

Similar to her career, the personal life of Karen is full of happiness and fun. Music not only paved her professional life, but it also became a milestone in her marital relationship.

Karen found her love in Jimi, the famous county singer and founding member of the band ‘Little Big Town.’ The couple started their romantic love after sharing the stage together. Karen and her husband, Jimi performing on the stage, published on August 16, 2016 (Photo: Instagram)

Karen and spouse, Jimi took the vows of marriage on May 31, 2006, and even after the wedding, the pair is much active in their career and is always seen together sharing the stage.

The couple has been successful enough to balance their personal and professional life as a power couple. In their happy family, more joy was added when they became the parents of a baby boy, Elijah Dylan Westbrook on March 5, 2010. Karen with her husband Jimi and their son, posted on November 4, 2017 (Photo: Instagram)

Before the marriage with Jimi, Karen was married to another guy whom she divorced later on. In an interview with US magazine, published on September 27, 2010, Karen shared about her relationship with Jimi as,

“I think Jimi and I had a special friendship and connection that blossomed when we were both single. Sometimes you just have to cross that line and take a chance and when we had that opportunity we did. Of course, we didn't want to mess up the band but we decided it was worth the risk.”

Karen was born on September 28, 1969, in Gary, Indiana. Her current age is 48 years, and her birth sign is Libra. Karen attended Samford University in Birmingham, Alabama. Her ethnicity is white, and she is blessed to have a tall figure.