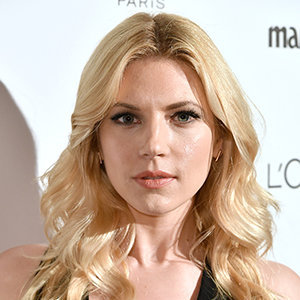 Katheryn Winnick is a Canadian actress, who rose to fame from the character she portrayed of "Lagertha" in the show called Vikings. She played a bold and daring role as a shieldmaiden and Ragnar's first wife who was loved and appreciated by many people.

She spent her childhood days being a martial student and began her career as an actor in various Canadian movies and tv series. As of now, Katheryn has bagged many awards and appreciations form her hard work and dedication she has shown in her roles as an actor.

What Is Katheryn’s Net Worth?

Katheryn Winnick summons her net worth of $1 Million by working as a famous Canadian actress.

Growing up as a child, Katheryn was a martial arts student with a black belt in her name and even went on to open three martial arts school by the age of 21.

Later, Katheryn began her professional as an actor by working in a television show PSI Factor: Chronicles of the Paranormal and Student Bodies back in 1999. Her first break in a movie as an actor was in Biohazardous in 2001.

Who Is The Life Partner Of Katheryn?

Katheryn seems to be the kind of a woman who is more focused on her career rather than getting involved and wasting times in relationships. She has hardly been in the news regarding any affairs other than just minor rumors of her getting linked with her co-stars. Katheryn who plays the role of Lagertha on show Vikings has a cordial relationship with Alexander Ludwig, who plays her son Bjorn on the same show. Making it more clear both claimed that they were just close to each other and were not dating or anything. Apart from that, Katheryn was also rumored to be dating her Vikings co-star Travis Fimmel.

Other than the co-stars from the show, Katheryn was seen spending a pleasant evening with Nick Loeb. The pair also got snapped outside the resturant in Los Angeles in 2015. However, she denied all the dating rumors and said they were all false.

She was born on 17 December 1977 in Etobicoke, Metropolitan Toronto, Canada. She is not the only child in Winnick family and has three other siblings: Daria Winnick, Markjan Winnick, and Adam Winnick.

The 41 years old actress holds Canadian nationality and stands tall at the height of 1.68 m (5 feet and 6 inches).