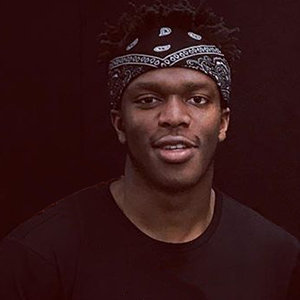 English YouTuber, Olajide Olatunji is famously recognized by his YouTube channel named KSI. He is famous by his preferred name KSI Massive or simply KSI. His YouTube channel is the second-most popular in London and the 14th most popular across the globe. He is also famous as white collar boxer and is set to lock horn with another YouTuber Logan Paul in 2018 and 2019. He is the older brother of renowned YouTuber Deji Olatunji.

How Much Is Olajide Olatunji’s Net Worth?

The YouTube personality has summoned a net worth of $5 million from his professional career in YouTube since 2009. According to Social Blade, Olajide’s monthly salary ranges between $15.9K - $254.4K, and his yearly remuneration ranges from $190.8 K to $3.1 million.

Olajide is known for funny, entertaining football and lyric content videos that are viewed in millions. The YouTuber mustered his income from his 2015 music single Lamborghini featuring English host P Money. The song reached on the seventh spot in UK R&B chart on 30th position across the United Kingdom.

Split On Friendly Gesture; Mentions Girlfriend In A Tweet

Olajide was dating a girl named Seana Cuthbert in 2012. The lovebirds used to mention each other frequently in their multiple social site pictures. Just after two years of dating, KSI confessed in a YouTube video 'Googling Myself’ on 4 September 2015 that he has parted ways with Seana on a friendly note. He also added that Seana is one of the coolest girls he has ever met.

KSI on his interview on 31 July 2017 with fellow YouTuber Caspar Lee revealed that he has a new girlfriend. Although KSI did not mention her name, he described his partner as the most ambitious girl from England. Then in October 2017, he mentioned that his girlfriend, family, and friends would help him to become a better person.

KSI mentions about his girlfriend on 19 October 2017 (Photo: Twitter)

Olajide did not expose his affair with his girlfriend fearing that she would be harassed. But after being roasted by different YouTuber, he finally revealed that he is dating a girl named Lois. He revealed about his affair in a video entitled Mauritius With My Girlfriend on 5 November 2017. The pair later parted ways in late November 2017. Their split was announced by Lois on her Instagram page.

Olajide parents, Olajide Olatunji Sr and Yinka Olatunjiare believed to be the native of Nigeria. He attended Berkhamsted School but was not interested in going to school. His parents were reportedly furious when they knew Olajide was backing out his studies.

The Youtuber has a brother named Deji Olatunji, younger to him who creates and produces similar content on YouTube. Deji is famously known as Comedy Shorts Gamer.

Olajide has a long heated verbal spat with his fellow YouTuber Logan. The YouTube star called out controversial Logan after his boxing victory over musician Joe Weller that took place in London in February 2018. Paul released a video on YouTube on 24 February 2018 accepting the challenge.

The two YouTube sensations then penned down a two-fight deal, and both of them are looking confident for their win. The first fight is scheduled on 25 August 2018 at the Manchester Arena, and the next is scheduled in February 2019.

Olajide Olatunji was born with the birth name Olajide William "JJ" Olatunji on 19 June 1993 in Watford as per wiki. He stands at the height of 1.79 m (5' 10½") and belongs to Afro-English ethnicity. The YouTuber’s birth sign is Gemini.